Say hello to your new favorite summertime salad. I love okra, but I know a lot of folks don’t appreciate the, uh, texture. Because of how the okra is prepared here, there isn’t any of that viscosity usually associated with okra. Instead, you have perfectly crispy, salty, seasoned spears of okra. Kind of like the glorious spears of okra fries I enjoyed in London’s Dishoom last year.

Tossed with a bright, citrusy dressing and fresh vegetables, this is delicious on its own or paired with a heartier dish like chicken tikka masala. 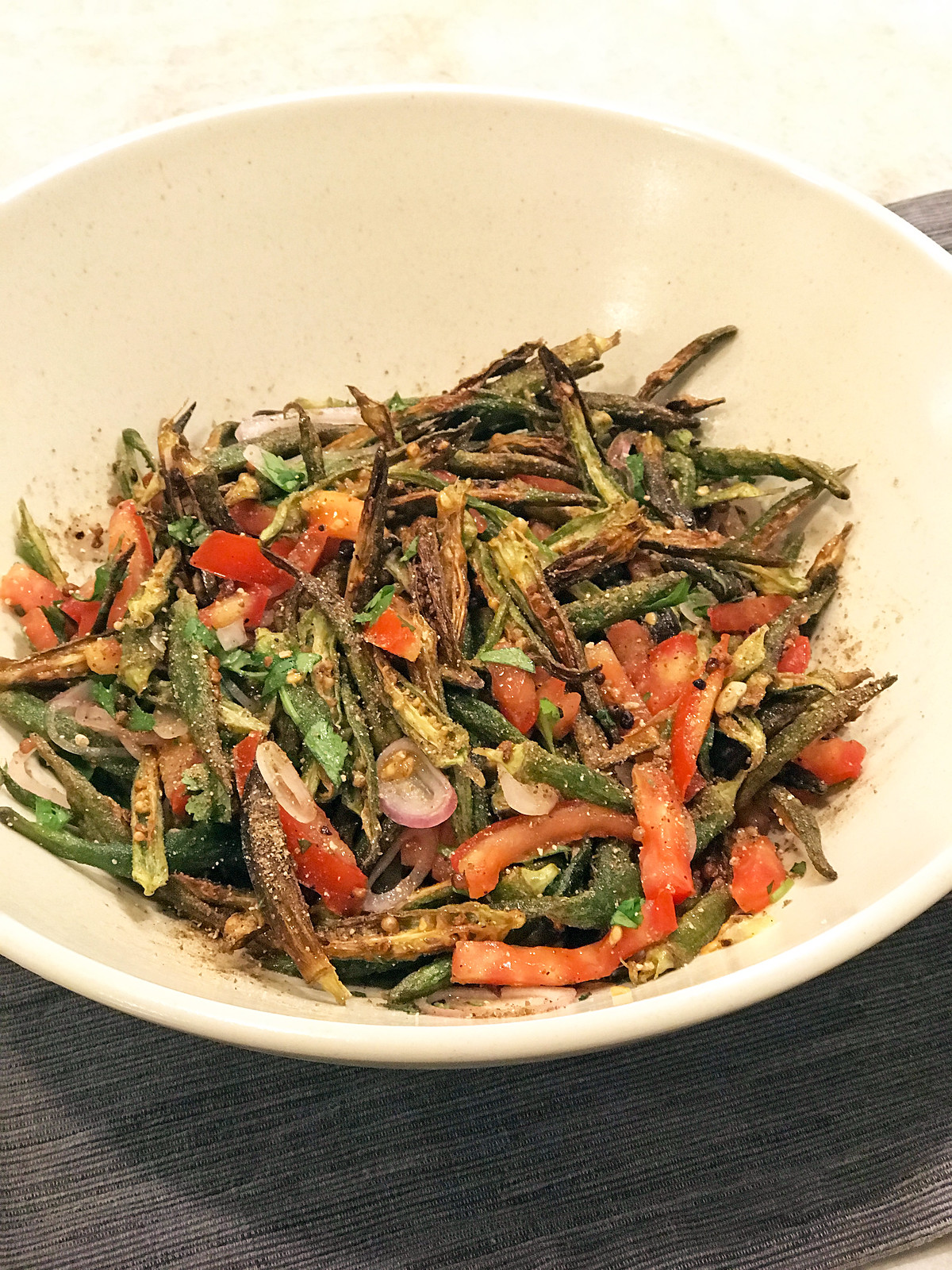 1. In a small bowl, mix the garam masala with the amchoor powder.

2. In a large skillet, heat 1 inch of vegetable oil over medium-high heat. Working in batches, fry the okra strips, stirring a few times, until golden and crisp, about 5 minutes per batch. Using a slotted spoon, transfer the fried okra to a paper towel–lined plate to drain. Sprinkle with some of the spice mixture and salt.

3. In a bowl, toss the fried okra with the shallot, tomato, cilantro and lemon juice. Season the salad with more of the spice mixture and salt and serve.