I first visited Japan in 2009 with my sister, where we spent nearly two weeks traveling from Tokyo to Kyoto on the shinkansen train. This time, I was returning to Tokyo with Nishan, and I was just as excited to eat my way through Japan as the last time.

After our plane landed at Narita and we checked in to our hotel in Tokyo’s bustling Shinjuku district, we took the train to Tokyo Station. If you know anything about Tokyo’s subway and train stations, you know that they’re practically cities within cities, complete with top-notch restaurants, shops, and amenities. I can literally spend a whole day in these train stations and not get bored. Tokyo Station includes a number of themed underground “streets,” including Ramen Street.

Yes, you read that right. Ramen Street. It’s just as incredible as it sounds. 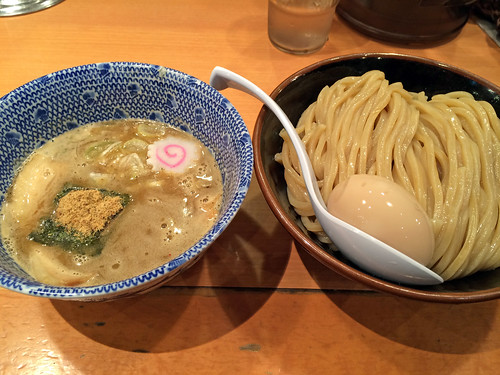 The tsukemen at Rokurinsha on Ramen Street is supposed to be among Tokyo’s best so we stood in the long line, awaiting our turn to be seated at the counter for a huge bowl of noodles to slurp and an accompanying bowl of dipping sauce. And oh, that ramen egg. Perfect glorious egg of perfection, how I love thee. How I love your jewel-like yolk, your delightfully soy-seasoned exterior. I wish I could replicate you.

Suffice to say that the tsukemen was well worth the wait, even if I was too full to finish my bowl of noodles.

We spent the rest of the evening exploring Tokyo Station before heading back to our hotel to call it a night. The next morning, we took the train to Tokyo Tower and explored the neighborhood before arriving at Tofuya Ukai for a kaiseki tofu-themed meal. To be honest, Tofuya Ukai’s gardens practically stole the show before the meal had even begun. 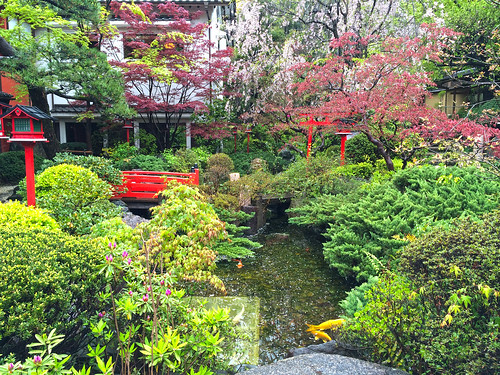 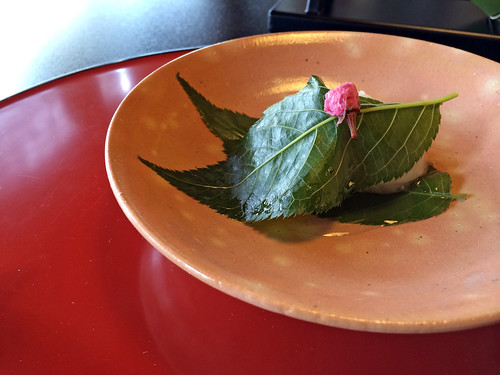 We started with the cuttlefish stuffed with rice, and topped with a seasonally appropriate cherry blossom. 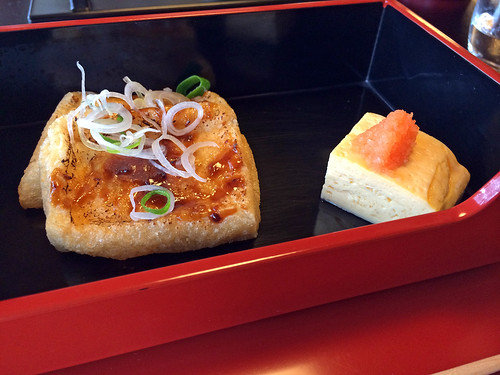 Next came my favorite course: tofu coated with miso and served alongside a piece of rolled omelet. 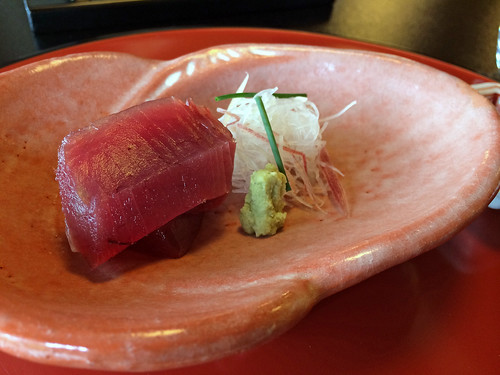 We were also treated to a serving of assorted sashimi. Next came a plate of simmered pork and potato — a nod to the chilly, drizzling weather outside. 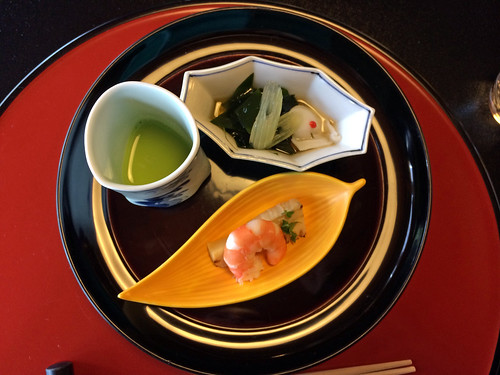 After that came the vinegared octopus, chilled pea soup, and bamboo shoot shrimp. 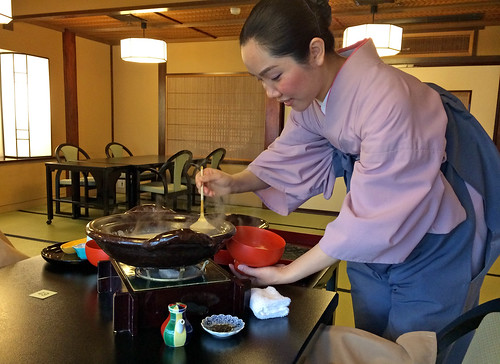 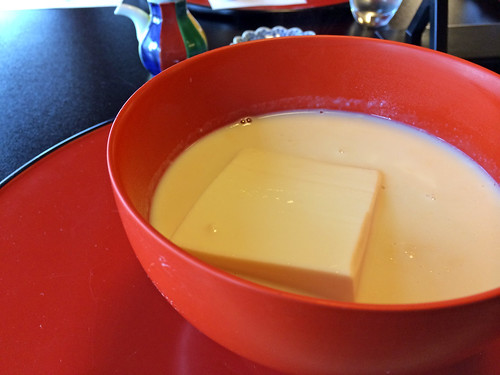 Our next course was tofu in seasoned soy milk, which looked incredibly unassuming, but topped with an accompanying preserved seaweed, it made the dish hearty and umami-laden. 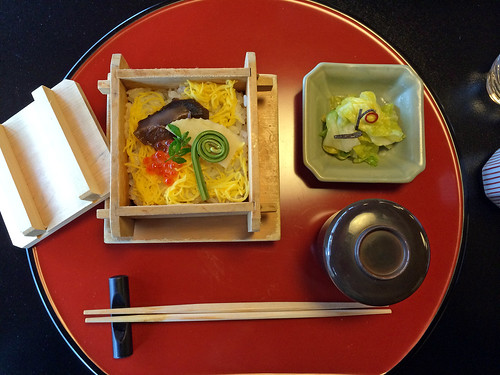 We were next presented with a tray of vinegared rice with salmon roe and wild plants. This was another one of my favorite courses at Tofuya Ukai. 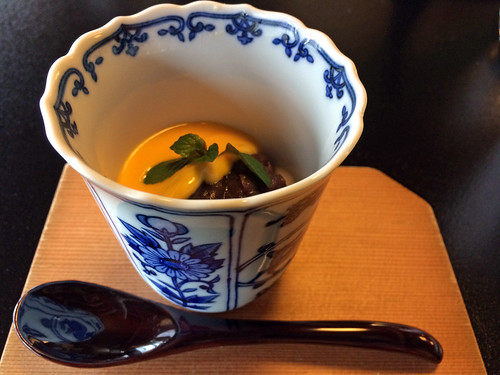 Our last course was a dessert of soy milk pudding and sweet azuki beans. Everything at Tofuya Ukai was presented so beautifully, so seasonally, that this meal became one of our most memorable in Japan. Entrenched in its lush garden, you’d think we were in the Japanese countryside instead of central Tokyo. 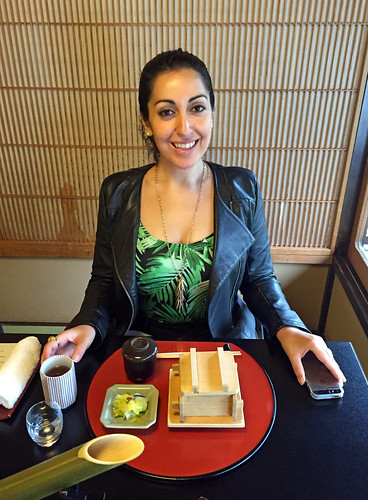 Back in the bustling streets, Nishan and I took the train to explore Nakameguro District before heading back to Shinjuku to visit one of my favorite places in all of Japan: the Takashimaya food hall. The basement levels of Japan’s department stores are dedicated to all manners of perfectly presented food, and I try to visit as many as I can during each trip. The baked goods, wagashi, sashimi, and homestyle Japanese cuisines here are some of the best I’ve ever had. 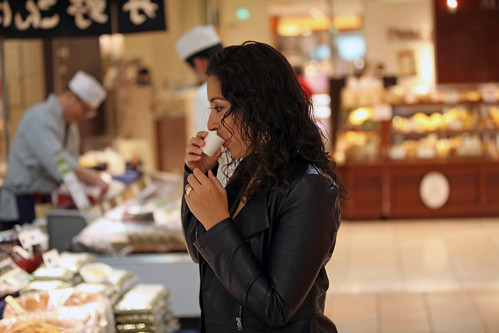 For dinner, we headed to Roppongi to meet with Nishan’s friend and former colleague Jumpei. We had an omakase sushi meal at Seizan, and it was one of my favorite meals during this trip. (Listen, I know I’m saying that about half of the meals in Tokyo so far, but come on. It’s Tokyo. Everything tastes amazing.) 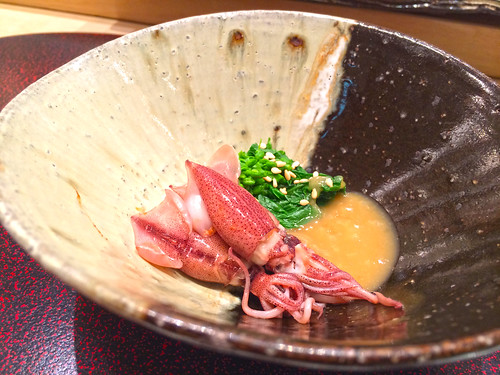 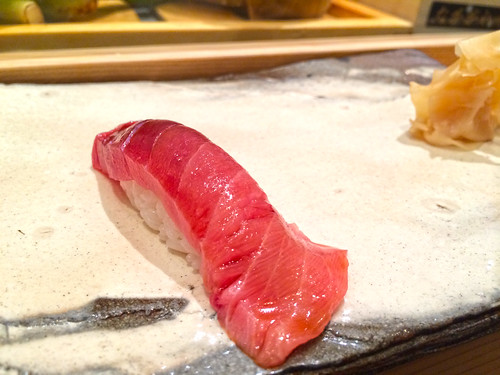 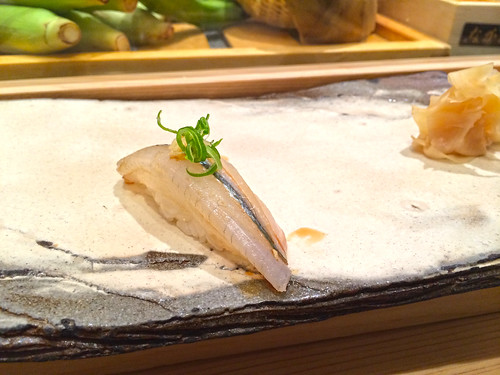 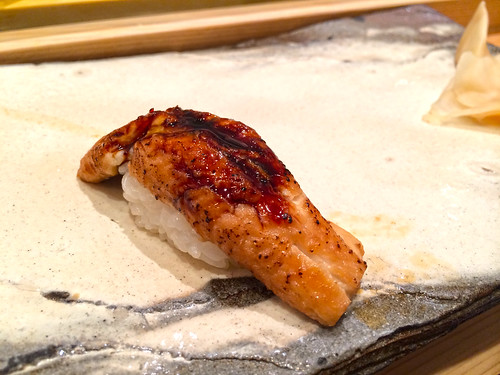 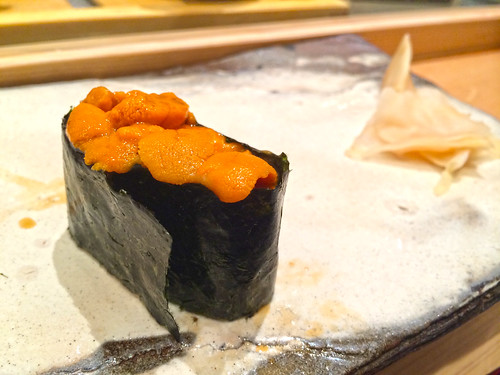 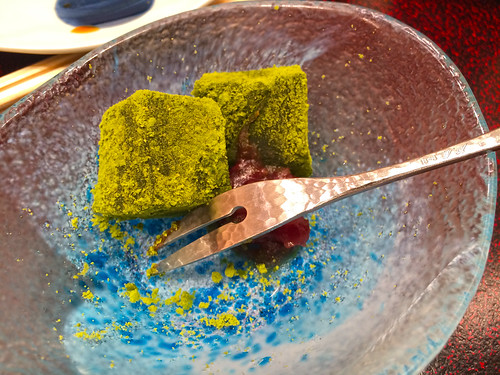