Taiwan is the friendliest country in the world.

No, really. Year after year, Taiwan ranks as the friendliest place on earth for visitors. And when Nishan and I traveled to Taiwan last year, we found that to be true day in and day out. Whether we were in bustling Taipei or in sleepy Jiufen, the people of Taiwan left such an impression on us that it became our favorite part of the trip. Which is no small feat, because there’s lots to enjoy about Taiwan. Starting with the food, of course. (I mean, come on. It’s me. I travel for food.) 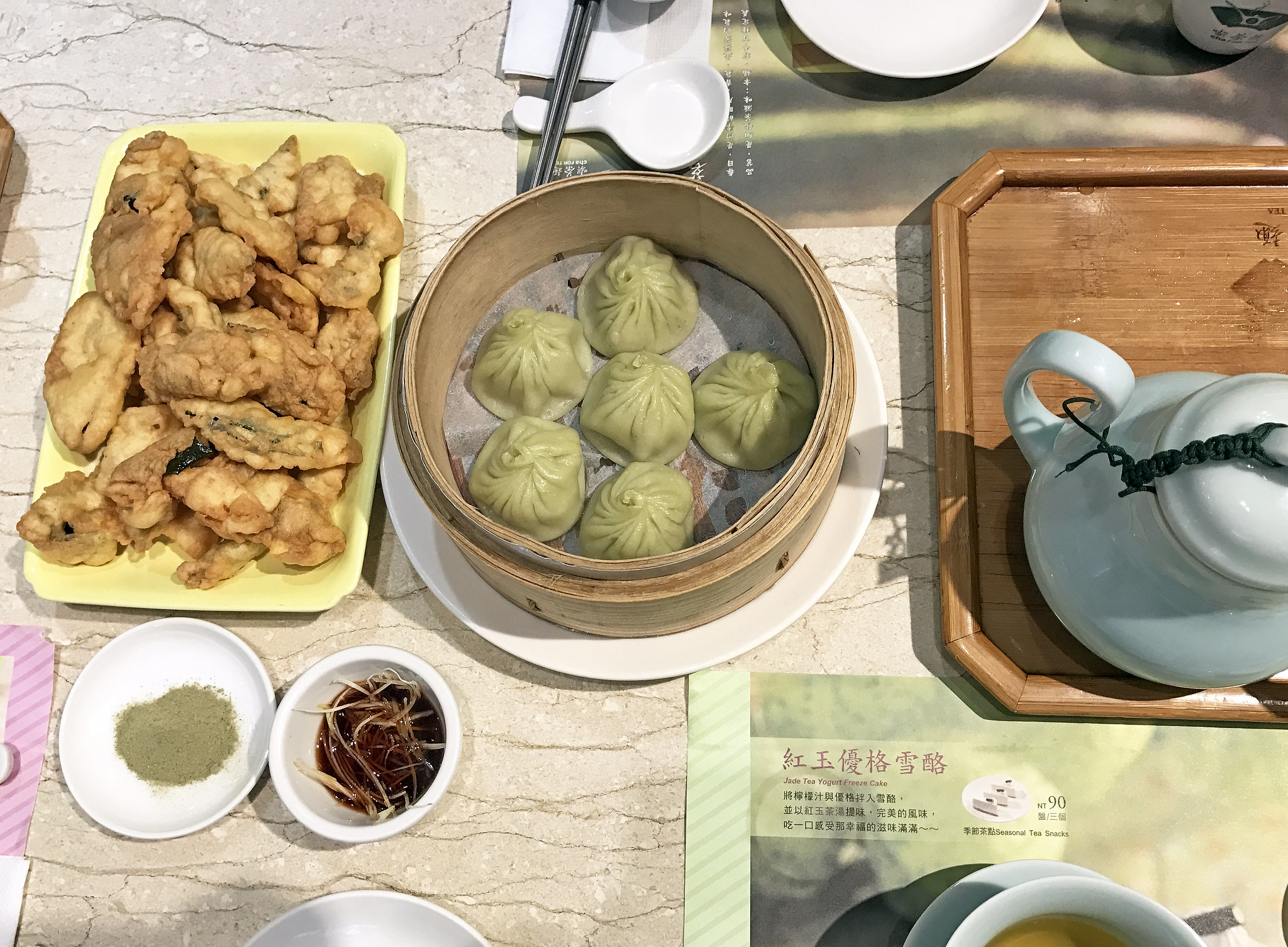 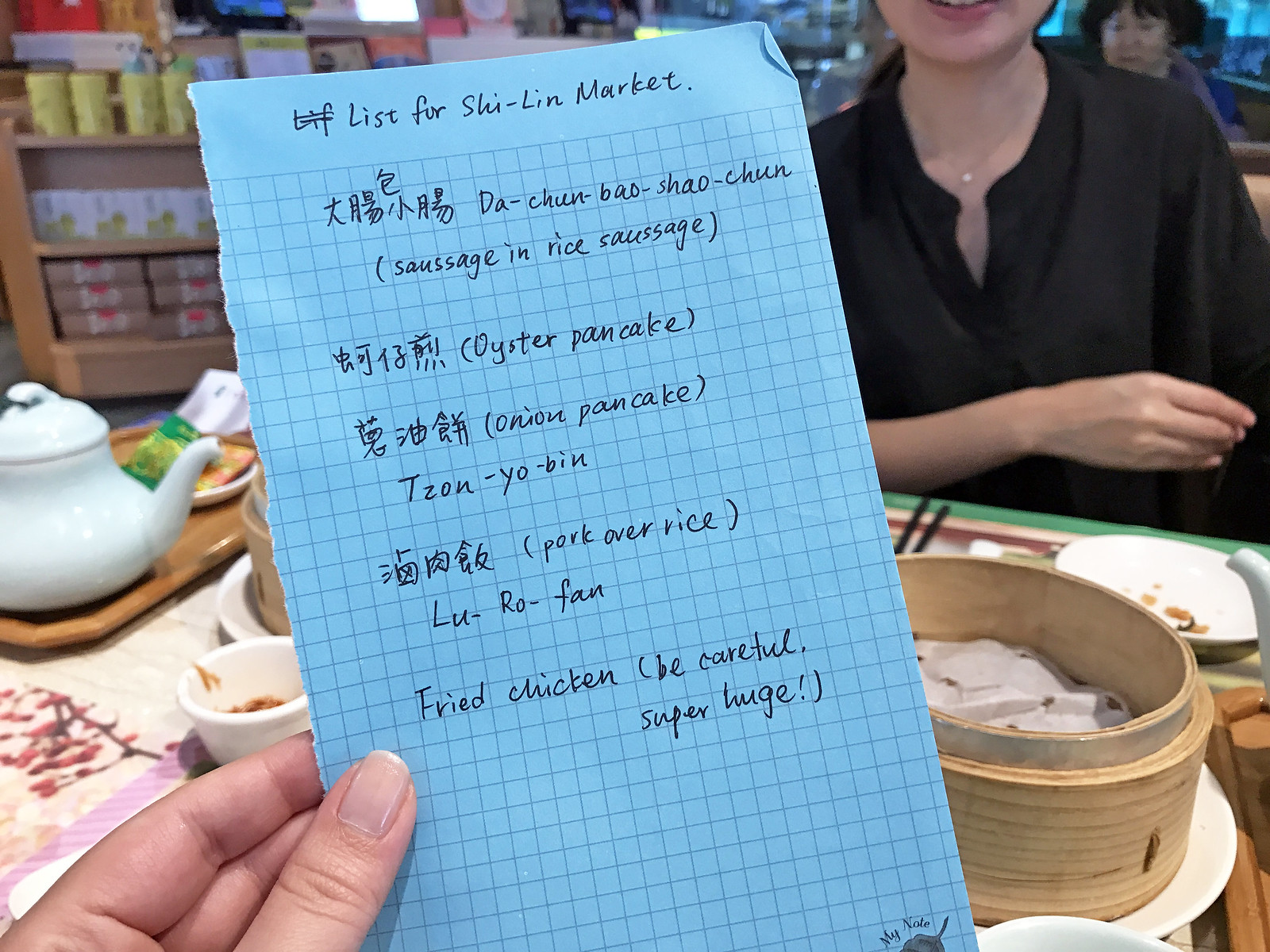 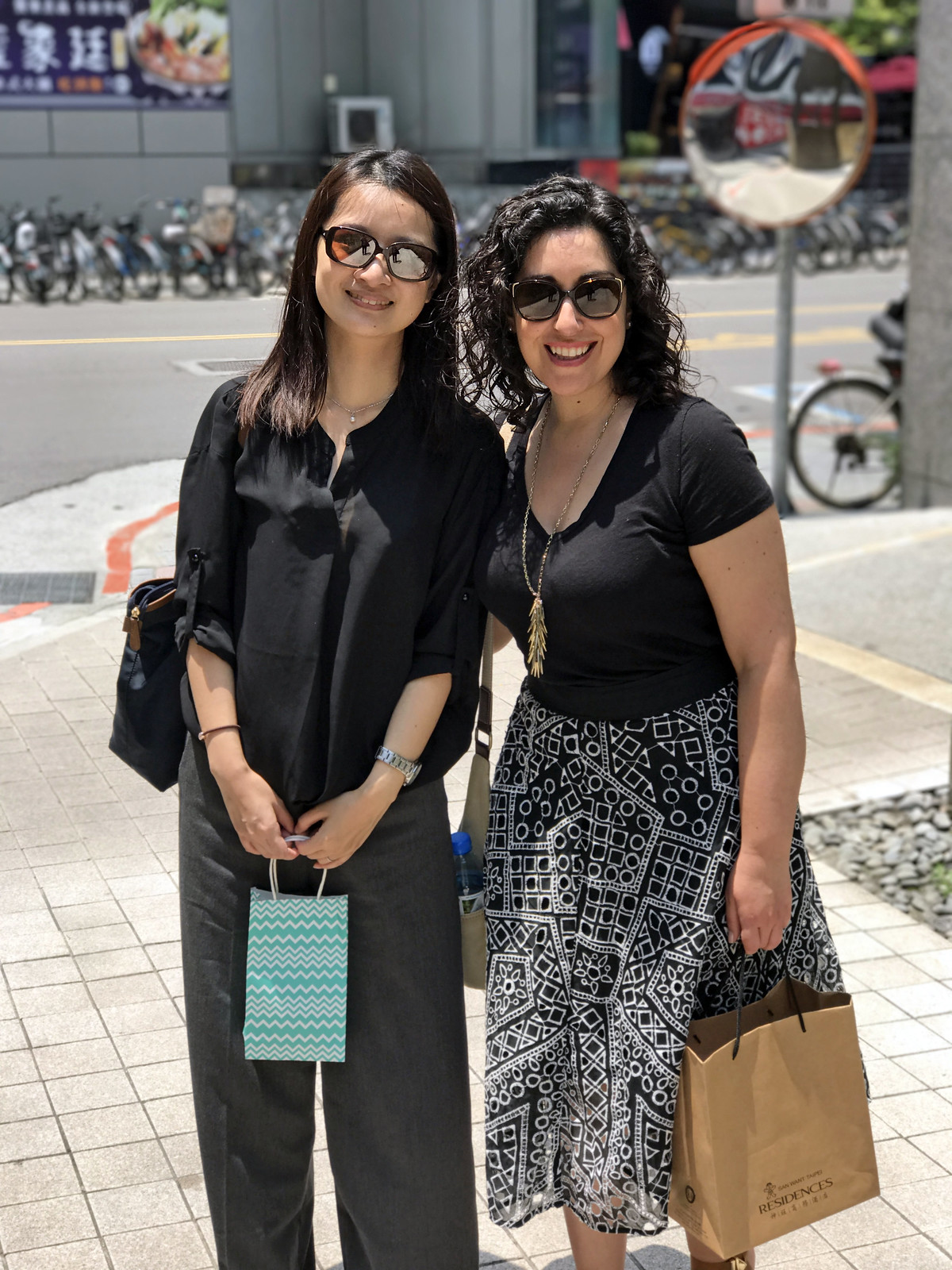 After a stellar breakfast at our hotel (yup, an outstanding hotel breakfast exists and it’s in Taiwan), we met up with my colleague and friend Jill, who lives in Taipei, for lunch at Cha for Tea. The fish dumplings were juicy but it was the tempura fried tea leaves with matcha that were a revelation. So creative, so subtle, and so unique. Jill armed us with a list of must-eats for the famed Shilin Market, where we’d be stopping by later in the day.

But first: the National Palace Museum. 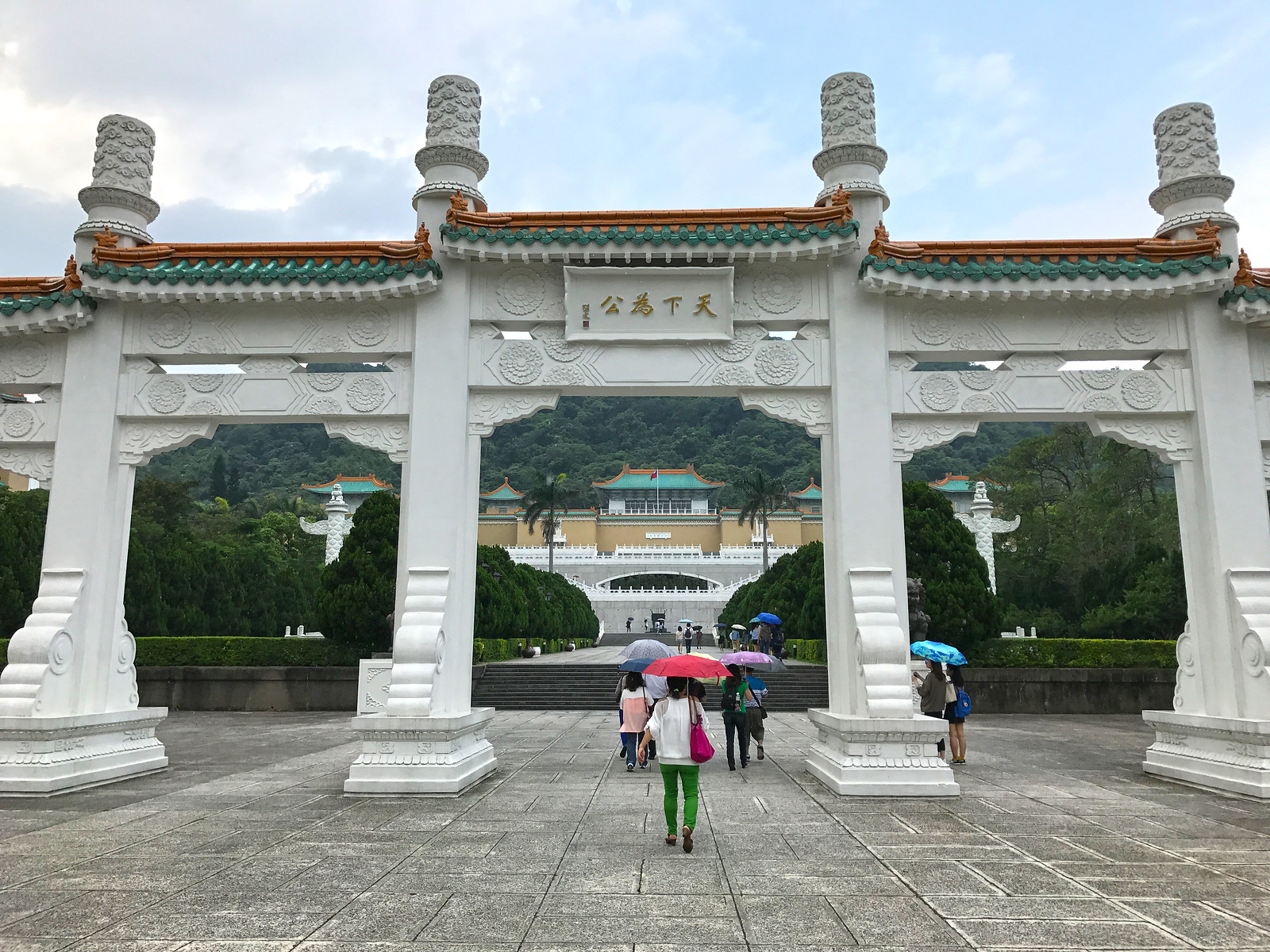 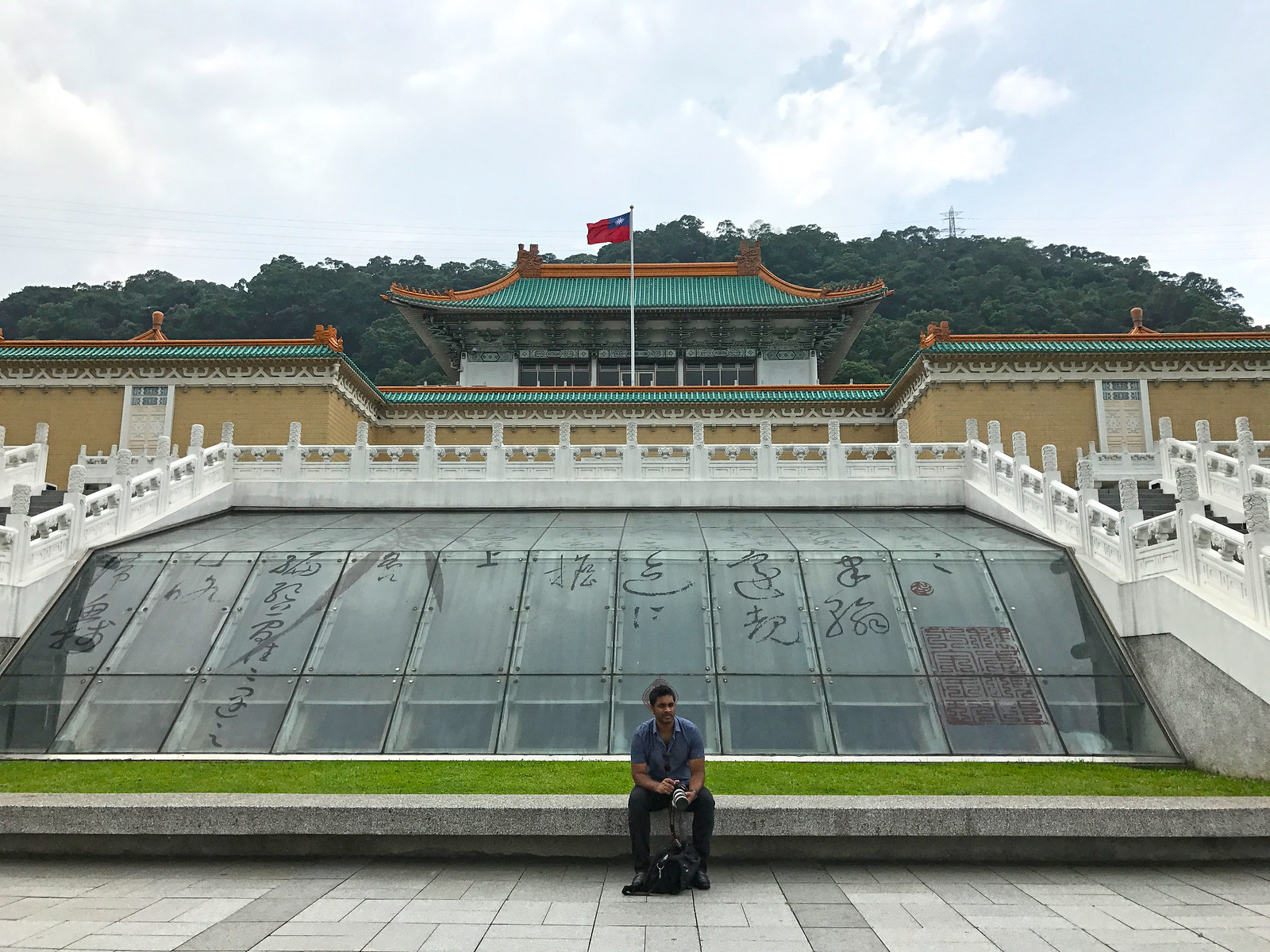 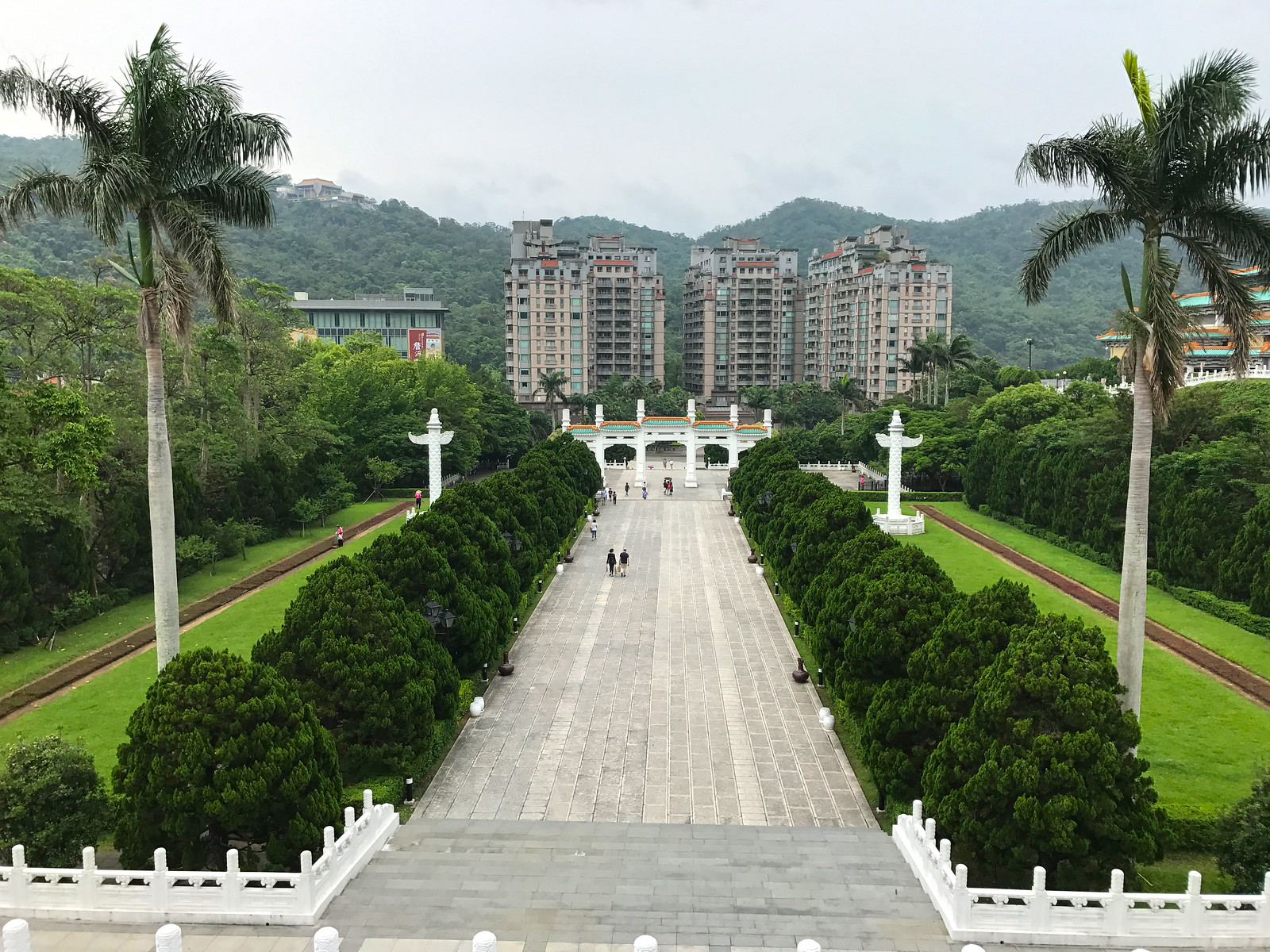 Taiwan’s National Palace Museum is the largest collection of ancient Chinese imperial artifacts and artworks in the world. I learned about the dramatic evacuation of these artworks from Beijing to Taiwan: In the 1940s, Chiang Kai-shek made the decision to evacuate the arts to Taiwan, which had been handed over to the ROC. When fighting worsened in 1948 between the Communist and Nationalist armies, the National Beiping Palace Museum and other five institutions made the decision to send some of the most prized items to Taiwan. Today, its sister museum holding the other half of the collection resides in Beijing. 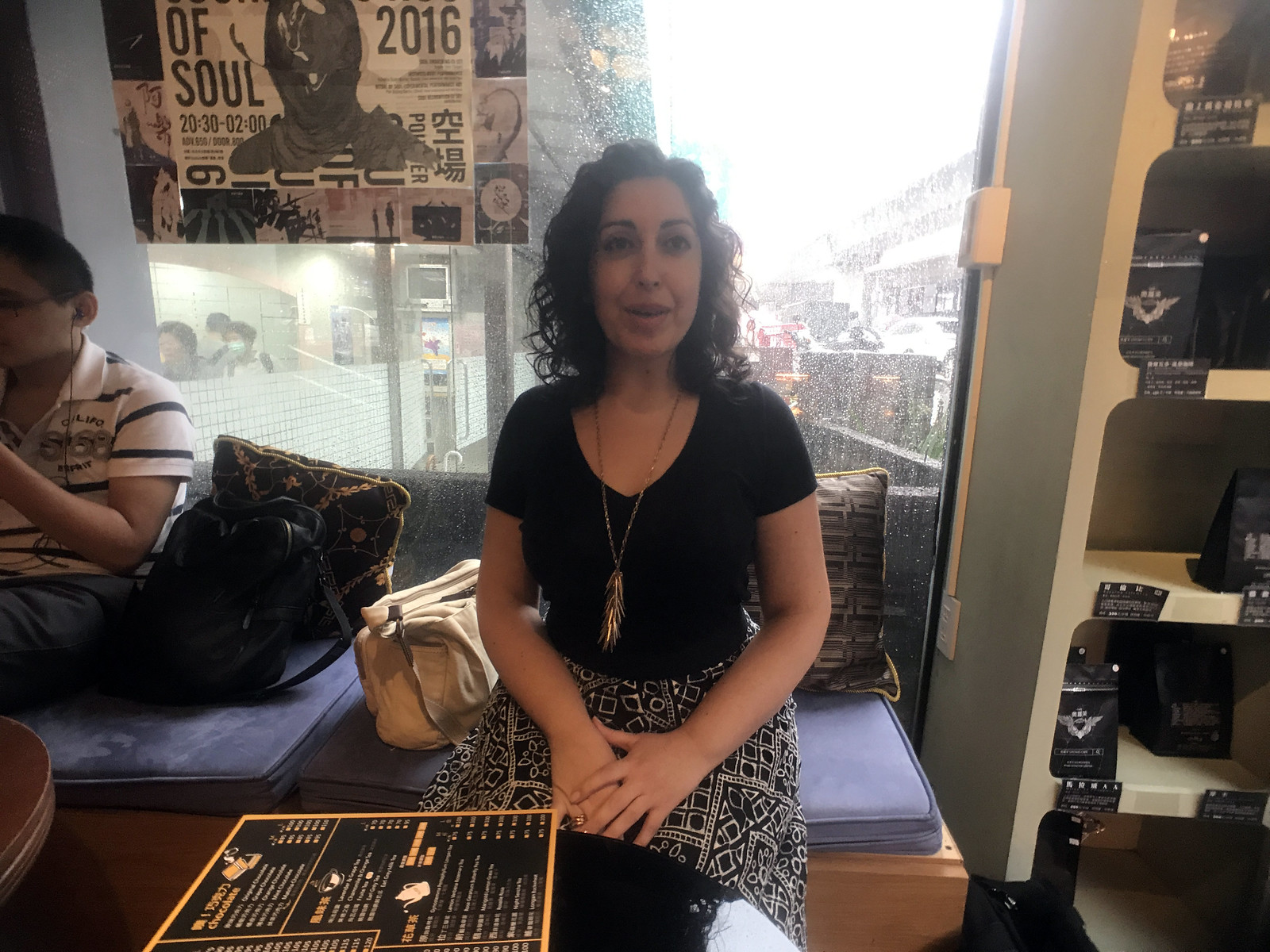 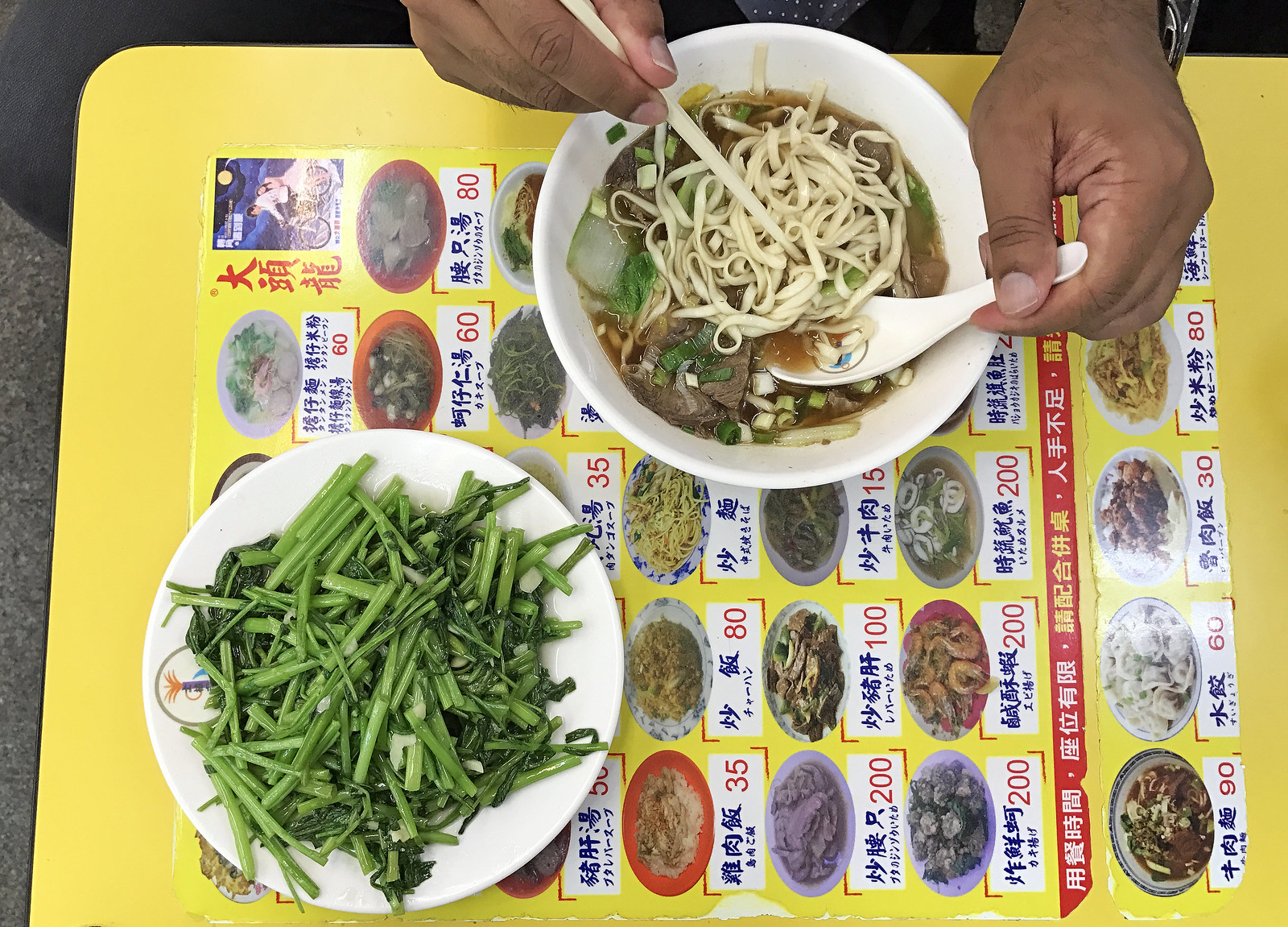 It was pouring rain when we emerged from the museum hours later so we dipped into Oromo Cafe for a quick tea and coffee break before making our way to Shilin Night Market for a warming bowl of beef noodle soup and some stir-fried water spinach. (Water spinach, also known as morning glory, ong choy, kangkung, is one of my favorite vegetables. Shout out to my trip in Hanoi for putting me on.) 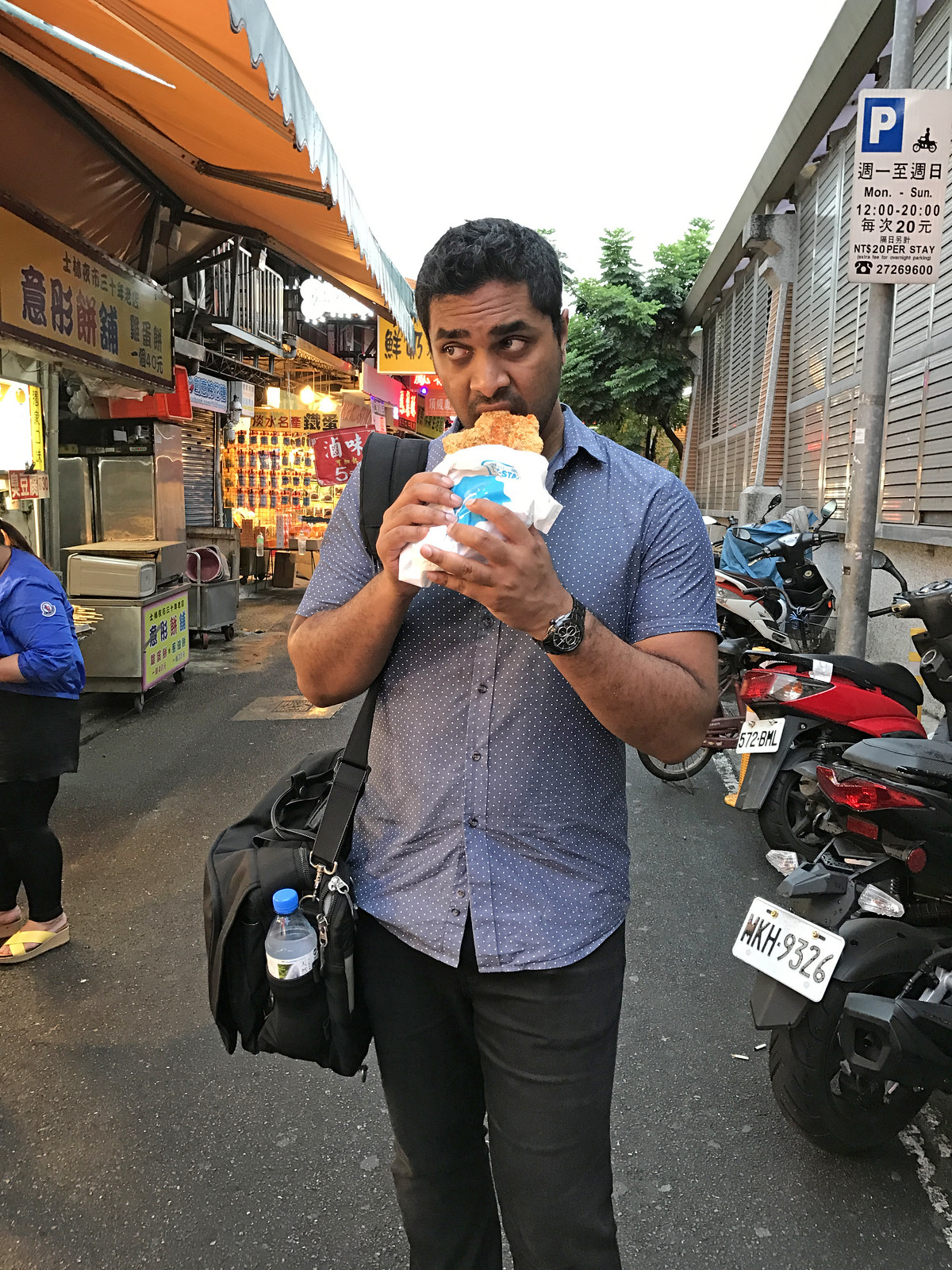 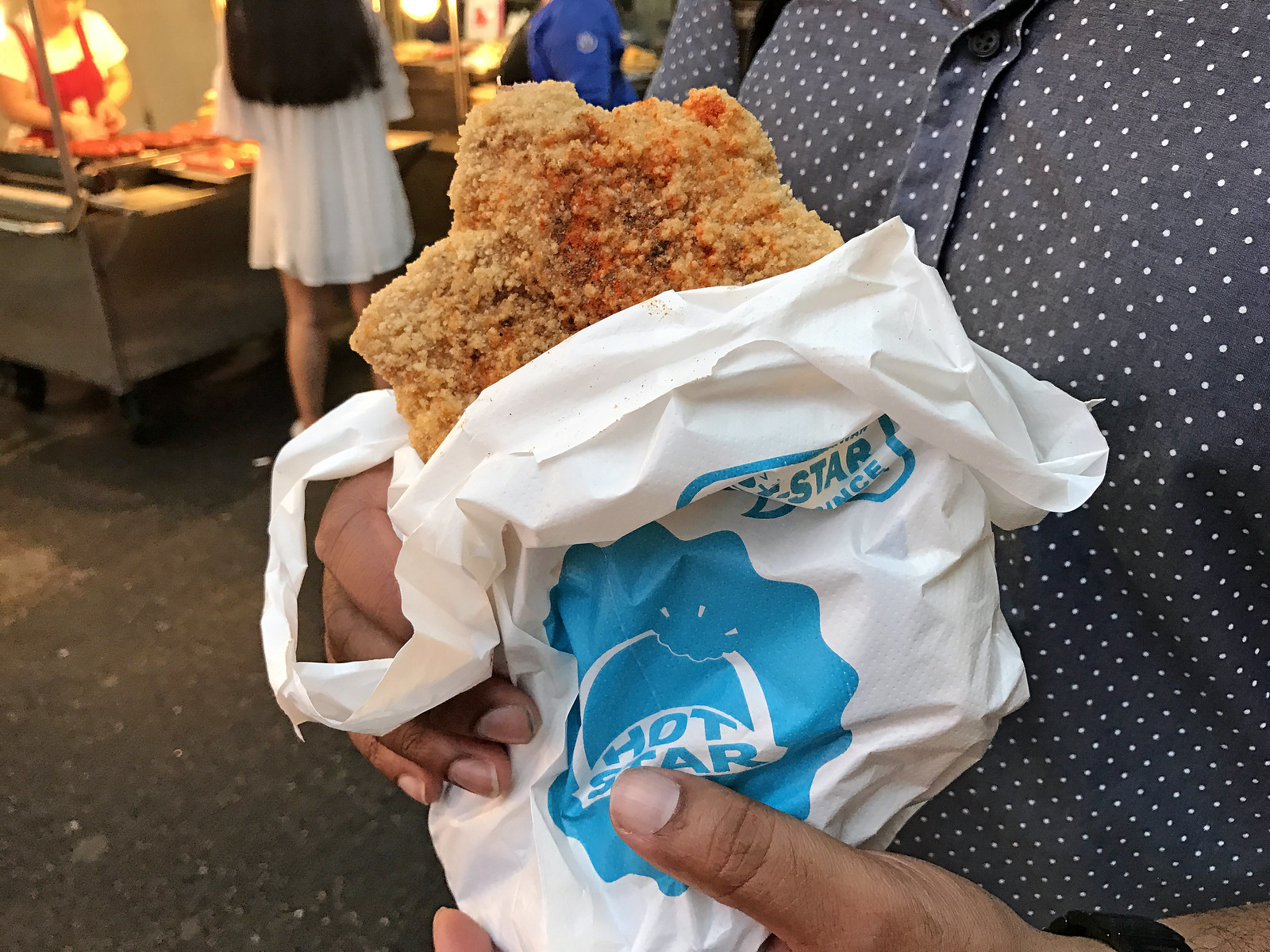 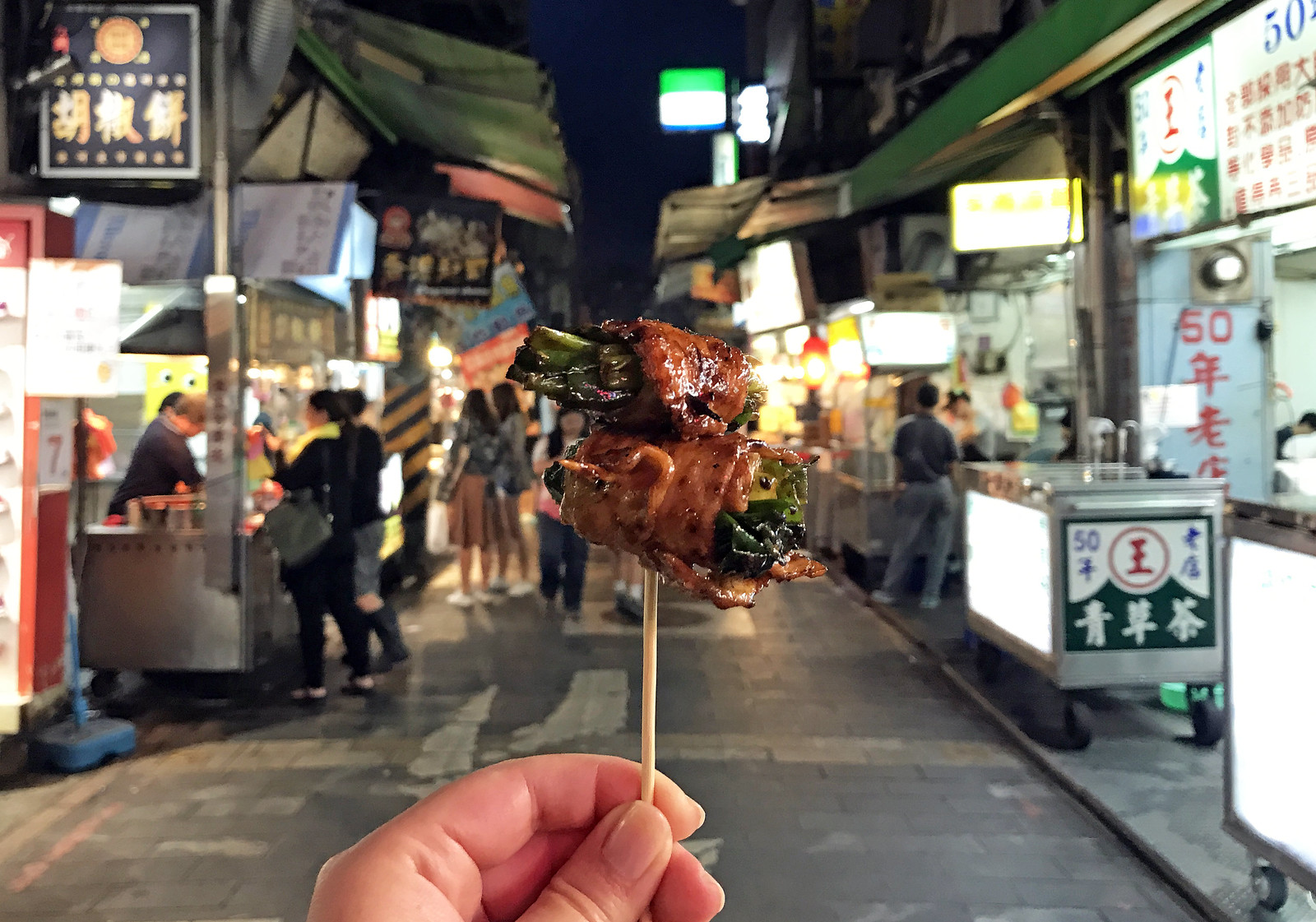 But the real highlight of the evening was the infamous Hot Star Fried Chicken. (Jill, if you’re reading this, you’re right. One piece easily fed two!) I’ve tried to cook this dish at home since visiting Taiwan but it’s just not the same. I’ve been craving this giant, juicy, crispy, perfectly-seasoned piece of chicken for months now. Hot Star Fried Chicken has expanded to North America in the last couple of years, but sadly, not to the Bay Area. Have you been to the Southern California or Toronto locations? How does it compare? Let me know in the comments.

We finished out our evening by snacking on local specialties at Shilin Night Market, like carbon barbecue and green onion pancakes.

Not bad for our first day in Taipei. Not bad at all.