Barcelona is so chock full of sites to see that we were forced to pare down our itinerary on our last full day in the city. We crossed out Montjuic in favor of Casa Mila and the Eixample because really, we couldn’t get enough Gaudi. Casa Mila, also known as La Pedrera, was Gaudi’s last civil work in the early 1900s. 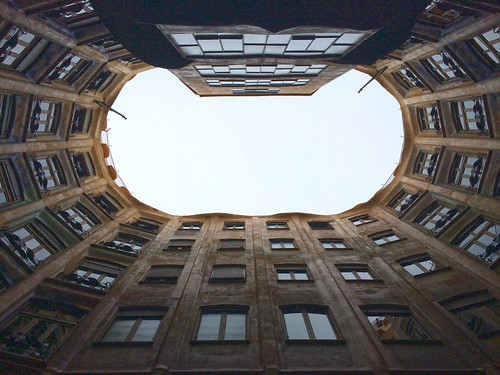 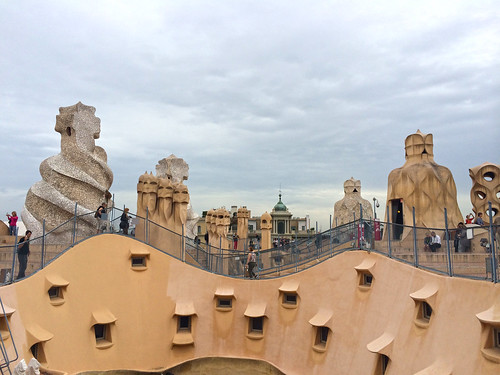 The building’s unconventional style made it controversial to neighbors when it was first built, but what really makes the building stand out is its roof. Six skylights and staircases, twenty-eight twisted chimneys, and four domes twist and turn throughout the area, much of which is covered with fragments of marble and broken tiles and snail-shaped water tanks. 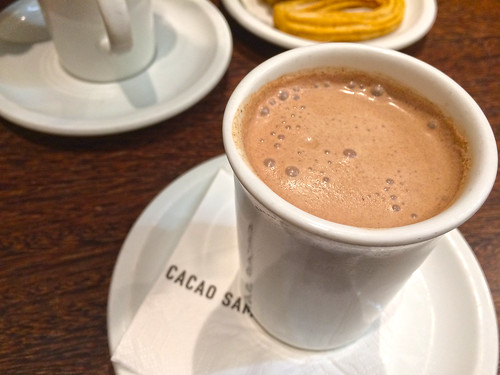 Afterwards we stopped at Cacao Sampaka in the Eixample neighborhood for a late morning snack. Cacao Sampaka is every chocolate lover’s dream. The boutique boasts high quality chocolates flavored with everything from gin and tonic to orange blossom flowers to Ibiza sea salt. We tried the liquid chocolate and churros. The cafe chocolate was too rich for our tastes but we picked up a few boxes of chocolate to take home, and these were much better. 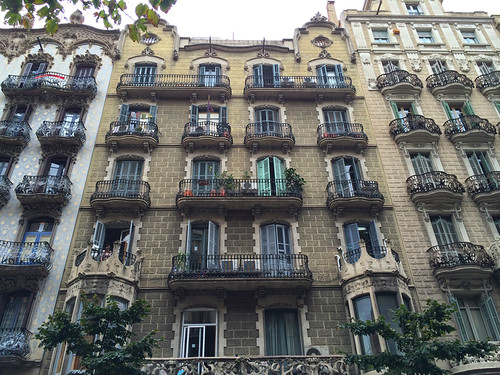 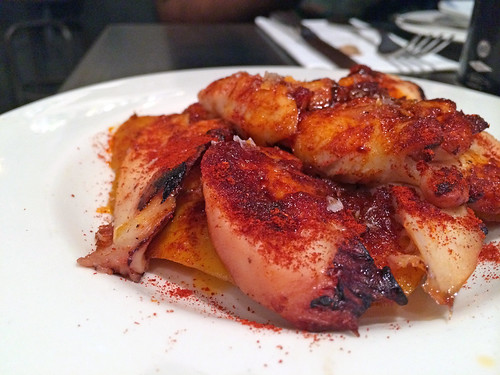 We needed something more savory after Cacao Sampaka, so we popped in to Cornelia & Co, an adorably chic restaurant meets cafe meets picnic shop. I had the charcoal grilled Galician octopus. Served on a bed on potatoes and liberally sprinkled with pimenton, this was some of the best octopus I’ve ever had. 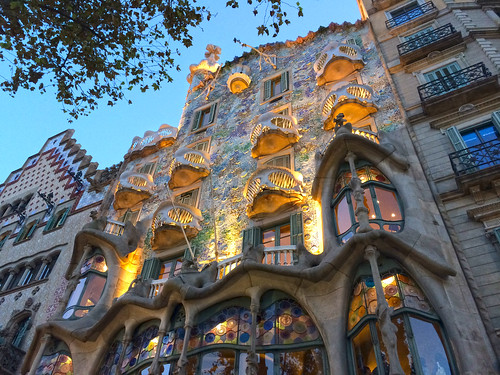 After a quick jaunt past Casa Batllo (Gaudi’s other work in Eixample), we made our way to Barcelona’s famed Cal Pep for dinner. 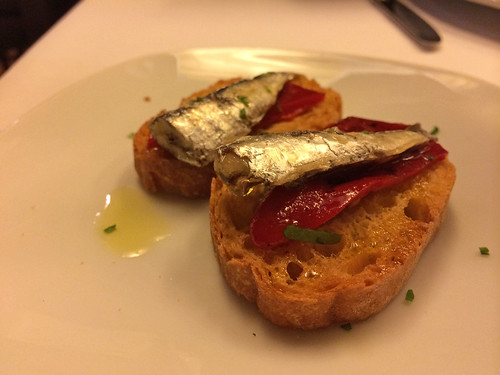 Cal Pep is perhaps Barcelona’s most famous seafood restaurant. Seating is extremely limited and there is no menu. Rather, the idea is to tell the server what types of food you like and dislike, and they serve you accordingly until you’re full. We began with some sardines on tomato. 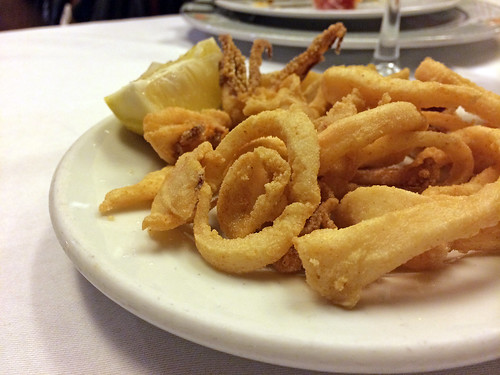 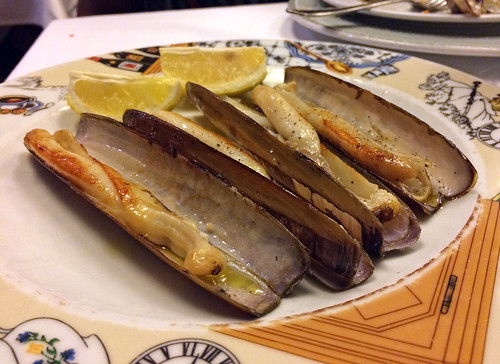 Next came some tuna tartare, followed by fried artichokes, a tortilla, jamon iberico, and tomato bread, but my favorite courses were the fried squid and the razor clams. Both were seasoned so simply but they were tender and tasted outstanding. We also sampled the sauteed clams and the sauteed cockles, but I thought these were too salty. I appreciate Cal Pep’s dedication to simplicity, but sometimes extra flavor can be a good thing! (And I don’t just mean salt.) 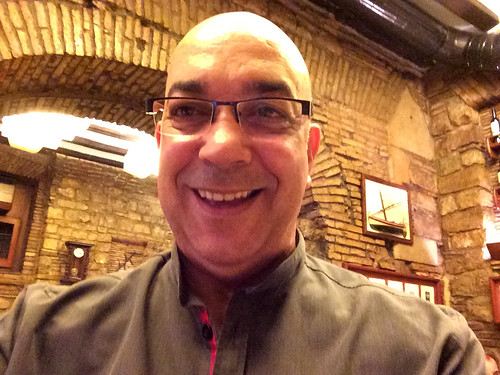 The real star of Cal Pep is the chef owner, Pep Manubens. When he’s not running the restaurant, he’s joking around with the patrons, laughing boisterously throughout the small space, and being super affable. And I have the selfie he took on my phone to prove it.