Paul Theroux wrote in The Great Railway Bazaar that travel is flight and pursuit in equal parts. He’s right. This trip to Spain was partly in pursuit of something new, something exciting, but also to get away from the breakneck speed of everyday life. And so on our fifth day in Spain, we made our way to the Barcelona Sants train station, bound for Madrid. The three hour AVE train ride was a breeze and we enjoyed a simple breakfast of toast, jam, and coffee from cafe on board. Coincidentally, we were on the same train as a second division Spanish football team from Catalonia, which made our ride even more exciting.

We took a taxi from Madrid’s Atocha station to our hotel in the Salamanca district and quickly set about exploring the neighborhood. First stop: Mallorca. 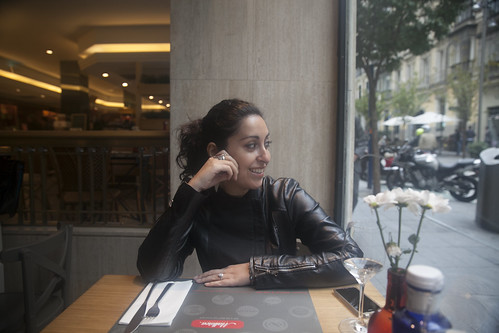 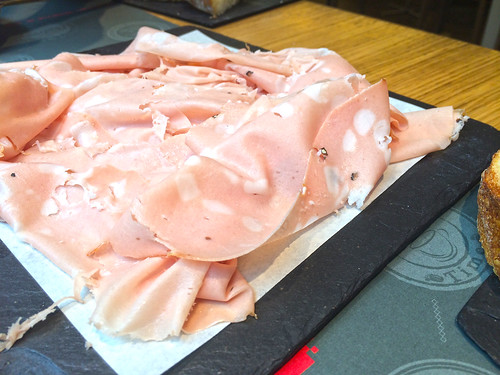 Mallorca is a bustling deli and pastry shop with plenty of seating for busy Madrilenos stopping to grab a quick bite. Nishan came to love Mallorca for their cream puffs; I loved them for their cured meats. We enjoyed a plate of truffled mortadella and bread while people watching the fashionably dressed along busy Calle de Velazquez.

Afterwards we headed towards Madrid’s Avenue of Art to see the Museo Nacional del Prado, one of Europe’s most prestigious museums, housing Spanish paintings from romantic to 19th century styles. Goya is the most extensively represented artist but with over 1,300 works in the main building alone, there’s no shortage of European art.

We spent the afternoon strolling around the Cortes neighborhood and grabbed an afternoon snack at Estado Puro, run by Paco Roncero, who was mentored by the esteemed Ferran Adria. Roncero also runs Madrid’s La Terraza del Casino. Estado Puro is a more casual joint with modern twists on classic tapas. 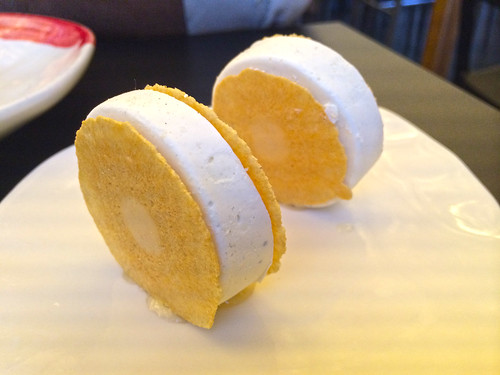 Our first tapa was the Parmesan ice cream with lemon jam. I can’t say I was a fan of this one. The sweet-savory mix was too much and the ice cream was more chalky than creamy. 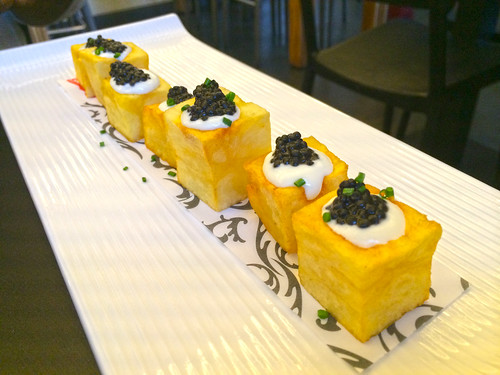 Next up: potatoes with garlic aioli and herring roe. I was hoping for something with a patatas bravas vibe, but these simply had too much aioli. I like a dab of mayonnaise here and there but these babies were stuffed with it. 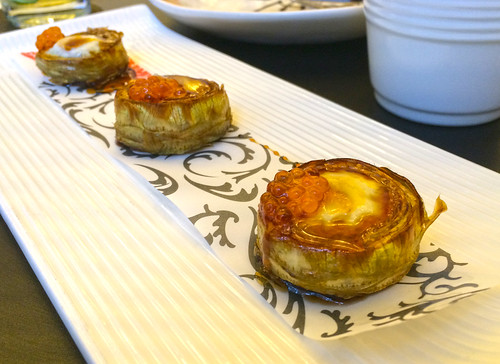 Finally we had the artichokes with quail egg and trout roe. Now we’re talking! The artichokes were perfectly cooked: succulent in the center and slightly crispy on the exterior. The egg added a creamy factor and the roe added just the right amount of salty pop.

We spent the rest of the day lazily heading back to the Salamanca district, where we called it an early evening. It was only our first day in Madrid but we’d soon come to learn that nearly all culinary roads lead to the legacy of El Bulli.