When I travel, I try to take it easy on my last full day in a new city. So on our seventh day in Toronto, Nishan and I enjoyed a lazy morning before heading over to Khao San Road for a Thai lunch. Named after a street in central Bangkok where the chef grew up, Toronto’s Khao San Road is in the middle of the city’s entertainment district and exudes a hip, laidback vibe. 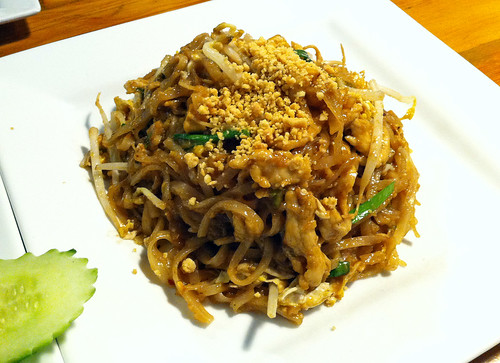 We started with the Bangkok-style pad thai. Flavored with tamarind, shallots, chives, fish sauce, peanuts, and lime, this was easily some of the best pad thai I’ve ever tasted. 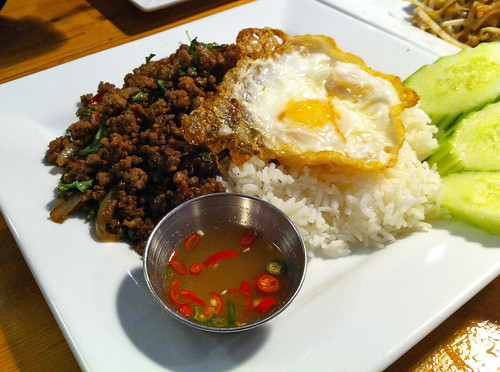 We also had a plate of the pra grad prao. I usually cook this dish with chicken, but here, we ordered it with beef and topped with with a fried egg. A wonderful choice. After all, everything tastes better drizzled with runny yolk, especially when it’s combined with chili, garlic, and basil. 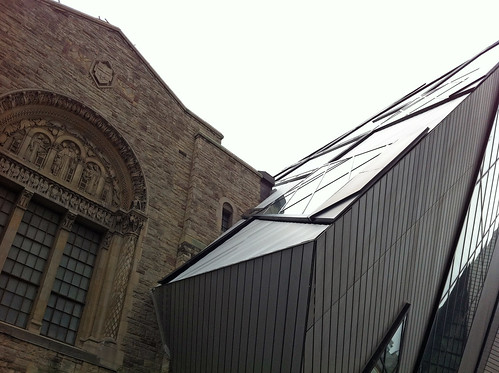 Afterwards we took the metro to the Royal Ontario Museum where we checked out their special exhibit on Mesopotamia. My favorite thing about the museum, though, was the building itself. Originally built in 1912 in a Neo-Romanesque style, the museum added a deconstructivist crystalline-form in 2007 made of glass and aluminium sitting on top of a steel frame. The crystal’s walls do not touch the sides of the heritage buildings. 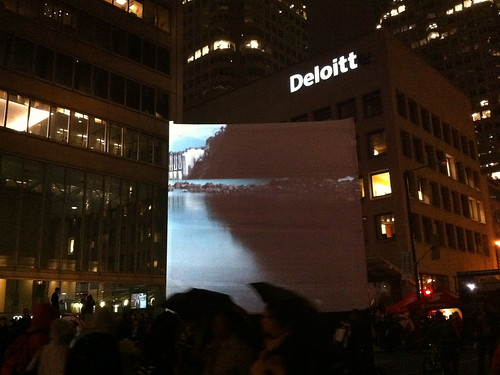 Later that evening, we were lucky to catch Nuit Blanche, an annual all-night or night-time arts festival. Toronto’s Nuit Blanche included private and public art galleries open all night long, with the center of the city itself being turned into a de facto art gallery, art installation, and performance space. The evening even included a special installation of Ai Weiwei’s Forever Bicycles.

Whether or not we realize it in the states, Toronto is a world-class city. There’s just so much brewing beneath the surface.