This Middle Eastern-inspired salad is peak summer: buttery eggplant, juicy tomatoes, and crispy cucumber are bound by a cooling and tangy yogurt dressing. The best part? It’s so much easier to make than it looks. 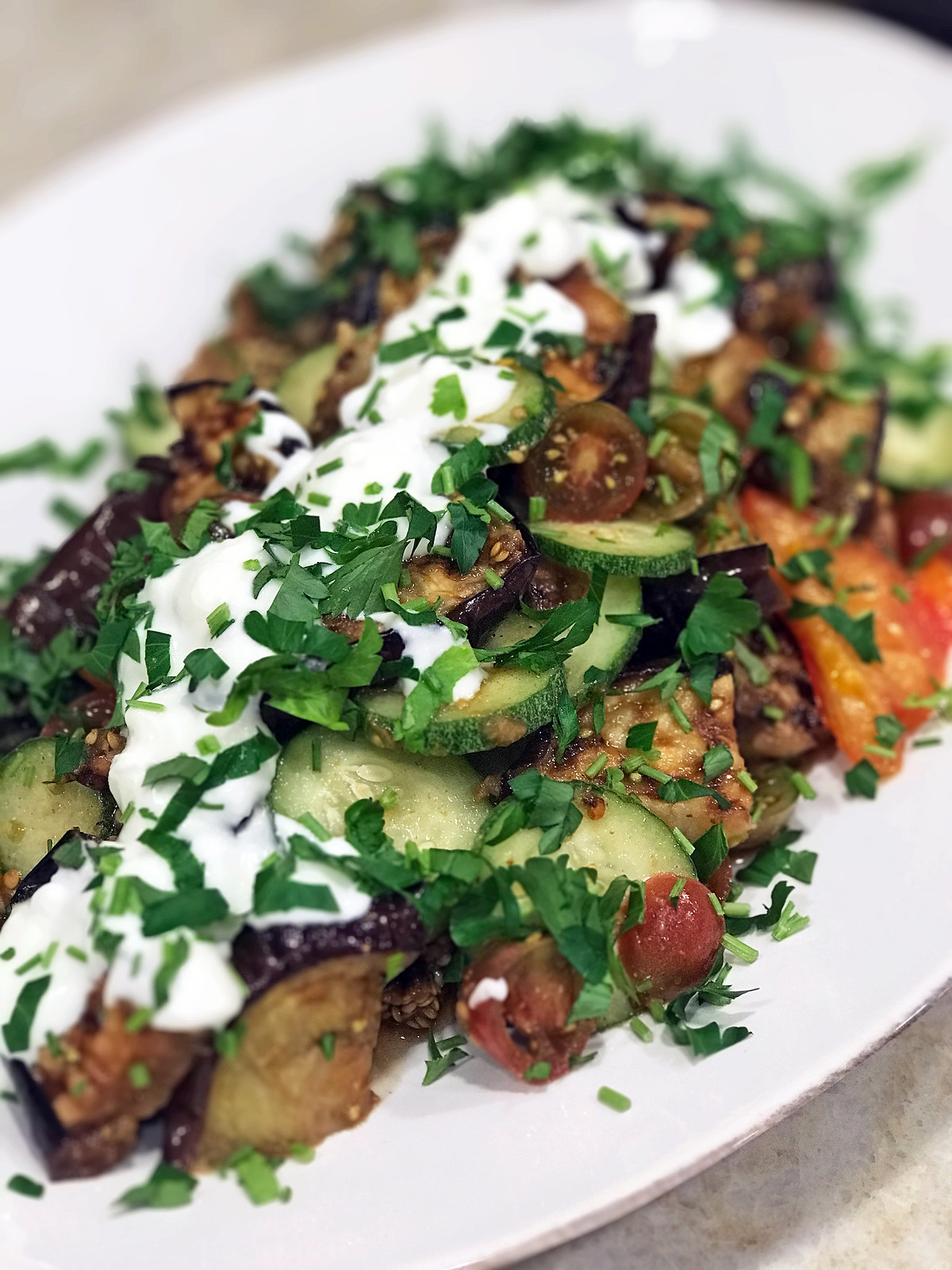 1. Preheat the broiler: brush the eggplant slices with the vegetable oil and cook over high heat, turning once, until golden and tender. Cut slices in half.

2. In a large bowl, combine the olive oil, vinegar, garlic, lemon juice, cumin, and coriander. Season with salt and pepper. Add the warm eggplant, mix, and chill for at least 1 hour. Add the cucumber and tomatoes. Transfer to a serving dish and spoon the yogurt on top and garnish with parsley.