I don’t know what it is but the cava in Spain is a million times better than the cava I find here in California. What’s going on? It’s less fizzy (in a good way) and more flavorful. 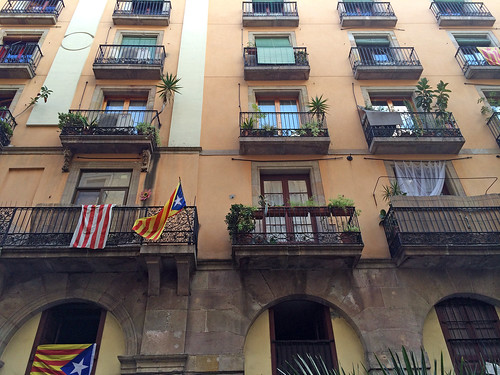 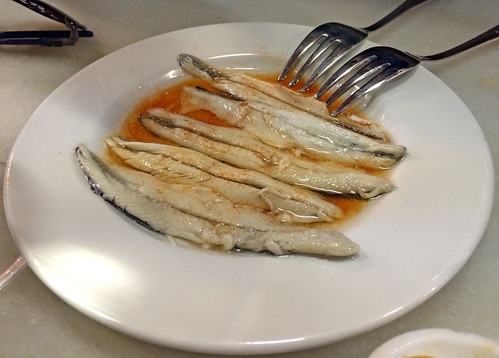 The anchovy boquerones were vinegary, briny, and tasted of the sea. How can something so good come out of a can? 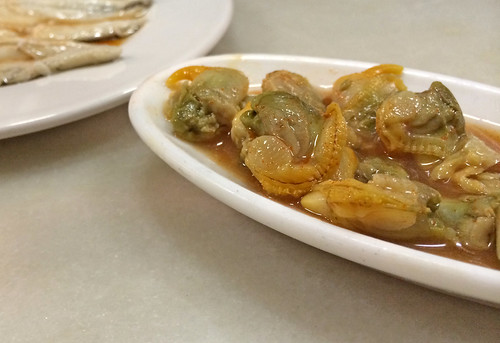 The cockles were my favorite tapa at El Xampanyet. They tasted like clams on overdrive, doused in an incredibly savory sauce. I wish I could source these in the states. 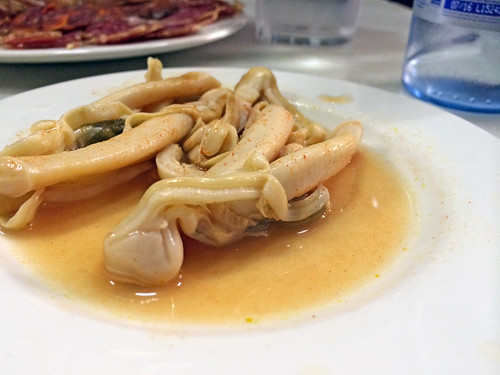 I love razor clams but they can be difficult to find here in California, so I ordered them every chance I had in Spain. These were also canned, and yet they had none of that tinny, flat flavor you taste in canned seafood so often. No chicken of the sea here, no siree. 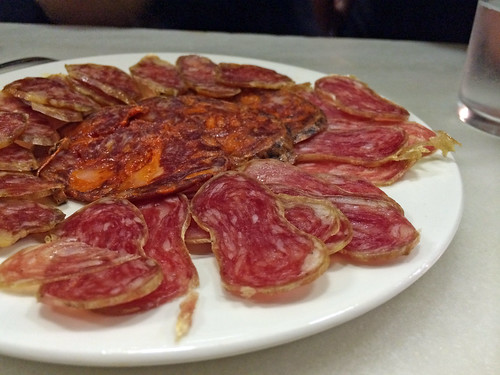 But it wasn’t all seafood and cava. We snacked on wonderfully meaty fuet too. Fuet is a Catalan dry, thin cured sausage flavored with black pepper and garlic. We also noshed on an eggy tortilla and melt-in-your-mouth asparagus at El Xampanyet. A sip of cava here, a bite of meat there. Perfect.

Afterwards we headed to the Barcelona Cathedral in the Gothic Quarter. Built between the thirteenth and fifteenth centuries, it’s a sight to be seen, even in a country where grandiose cathedrals are always a stone’s throw away. 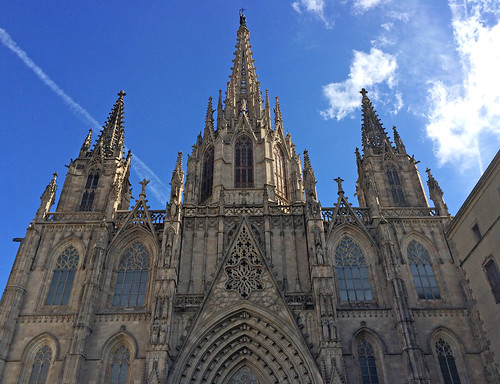 This is also where we discovered Nishan had been the almost-victim of the pigeon poop scam. Barcelona is supposedly the pickpocket capital of the world, and a couple of blocks before the cathedral, he was “bumped into” by a man who tried to grab our attention to “help” us. We weren’t having it. The aim was for us to drop what we’re carrying to attend to the situation unfolding or for the “helpful” person to get their hands in our pockets. Sure enough, Nishan had a huge stain of faux bird doo doo on his back when we reached the cathedral. Thankfully it was just watered down concealer. We got well acquainted with the cathedral’s bathroom trying to remove the stain. 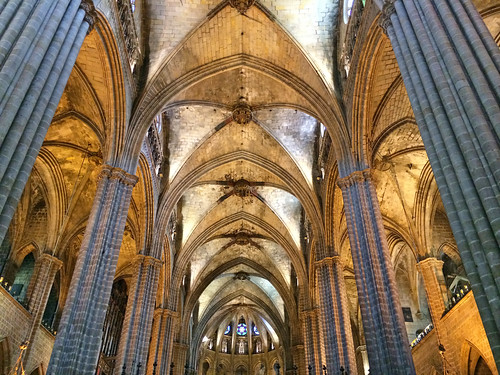 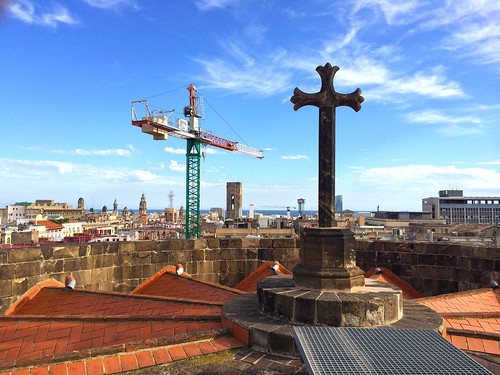 In addition to a less than stellar bathroom, the Barcelona Cathedral boasts an incredible interior and a rooftop with stunning views.

We were hungry after that adventure, so we stopped at Caelum for an afternoon snack. Caelum is a beautiful teahouse converted from a medieval Jewish bathhouse. The sweets left something to be desired, but the tea, coffee, and ambiance made the stop well worth it. 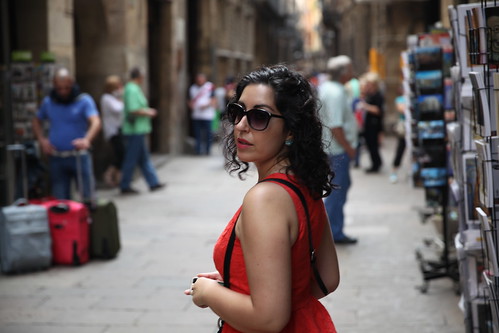 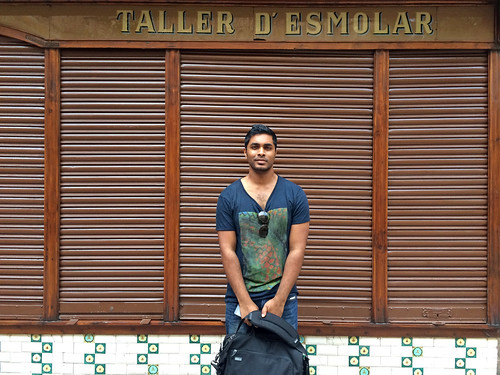 We capped off the evening with Spain’s national cocktail: the gin and tonic. Mine was made with saffron gin, because you know, Persianity. 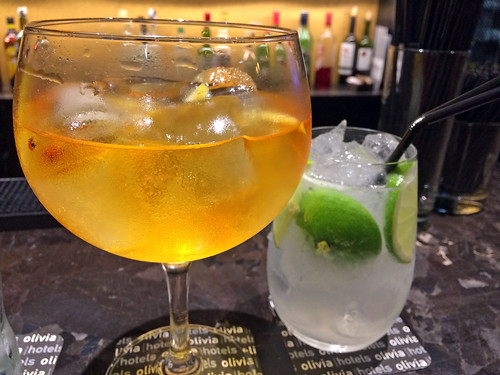 It’s been nearly a year and I’m still not quite sure how we ended up in Spain. Nishan and I were in the throes of planning a wedding and we kept feeling the pull of the Mediterranean. Tapas, cava, and train rides galore. What’s not to love about Spain? Plus, I was excited to practice my rusty Spanish skills. After a quick stop in Toronto, we flew in to Barcelona and went straight to the market. I was determined to get to Mercat de la Boqueria before the early evening closing time and I wasn’t going to let any jet lag get to me. 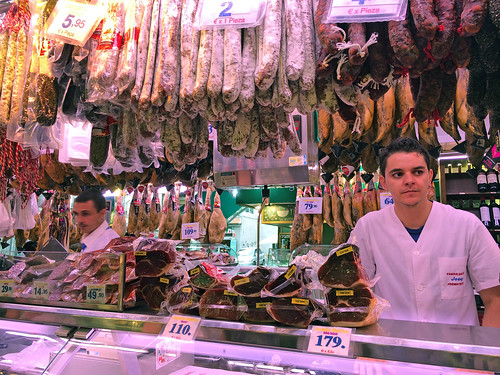 Brimming with cured meats, fresh seafood, and loads of produce, Mercat de Sant Josep de la Boqueria, or La Boqueria for short, is near La Rambla, the city’s main pedestrian street. Avoid La Rambla and go straight to La Boqueria. The market has been around since the early eleventh century and while it’s overrun with tourists these days, it’s still a beautiful sight to see. The fish! The jamon! The fresh pressed juices! 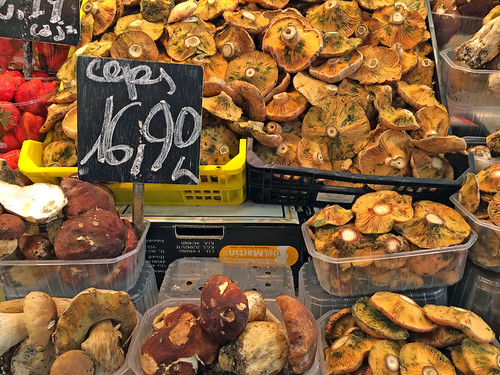 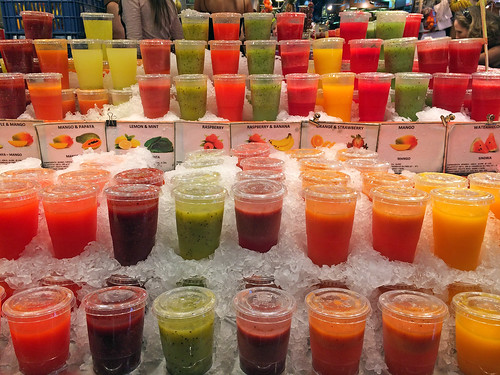 Afterwards we headed to the El Raval district, where we skipped dinner and went straight for dessert at the famed Granja M. Viader. 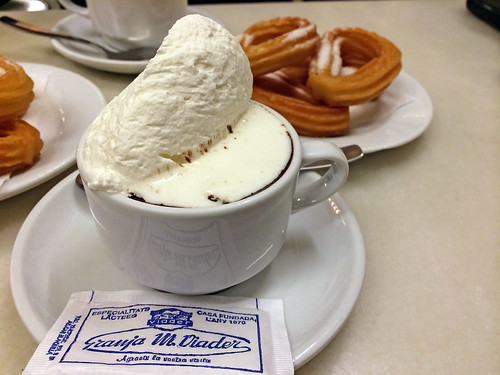 This chocolateria has held its own since 1870 and their chocolate and churros were by far the best we’d have during our week in Spain. If you go, get the Suis. The thick, ethereal tuft of whipped cream atop piping hot chocolate is a sight and taste to behold.

All that eating made us, uh, hungry, so we decided to go for a late night tapas dinner at the famed Tapas 24 in the Eixample district near our hotel. The line to get a table snaked down the street but our wait was worth it, despite the icy service. 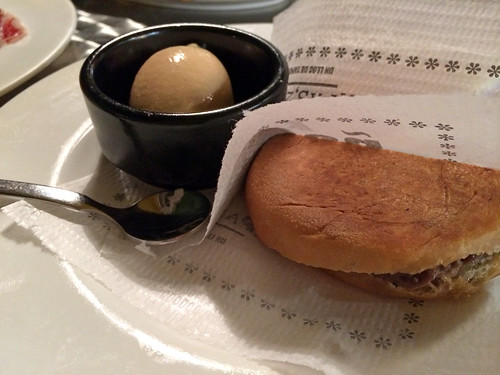 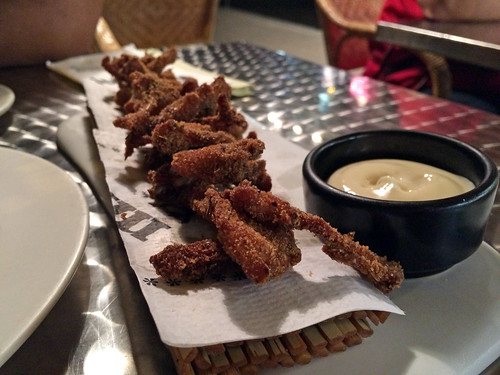