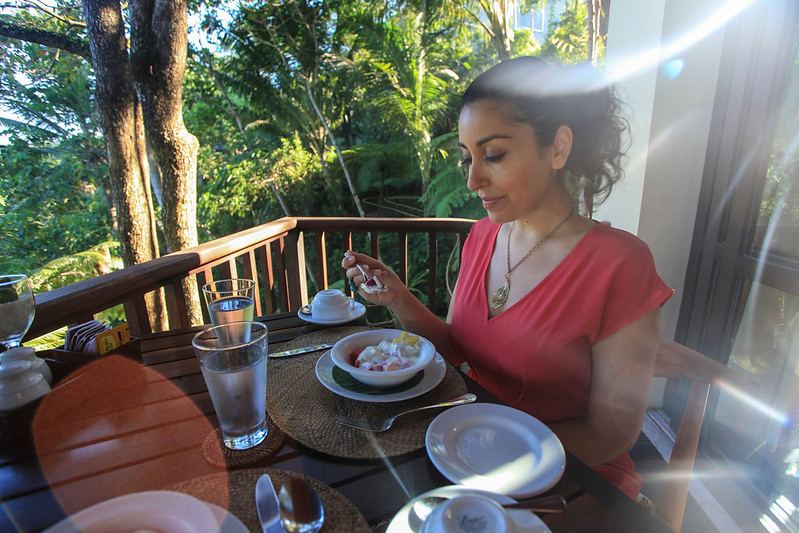 Hi, Iâ€™m Mariam Hosseini, also known as Yogurtsoda. Iâ€™m an Iranian-American born and raised in the San Francisco Bay Area, where I live with my Sri Lankan-Canadian husband. As a hyphenated couple twice over, travel is very important to us. Iâ€™ve loved learning about new cultures and cuisines since childhood. It’s how I gather inspiration for new recipes. (Ten-year old Mariam could often be found in both the foreign policy and cookery sections of the library.)

I believe that food has no borders — much like other things in life. The purpose of my blog is to document and share the dishes of my childhood and my travels as an adult. I hope that I can inspire you to travel the world with your tastebuds too.

Iâ€™ve been blogging since 2001 and back then, I was mostly writing about international relations, which I studied in graduate school. Nowadays I get that fix through my day job, but here I continue to blog about my other love: eating my way around the world.

Eight things about me: