If a dish calls for nutritional yeast, chances are that I’m making it. Even though I’m not a vegetarian, I can’t get enough of the umami-rich hit that nutritional yeast provides, and there’s plenty of it in this easy noodle bowl. Adapted from a Bon Appetit recipe, I’ve reduced the amount of coconut flakes and upped the volume of sauce for an even more umami-rich dish. 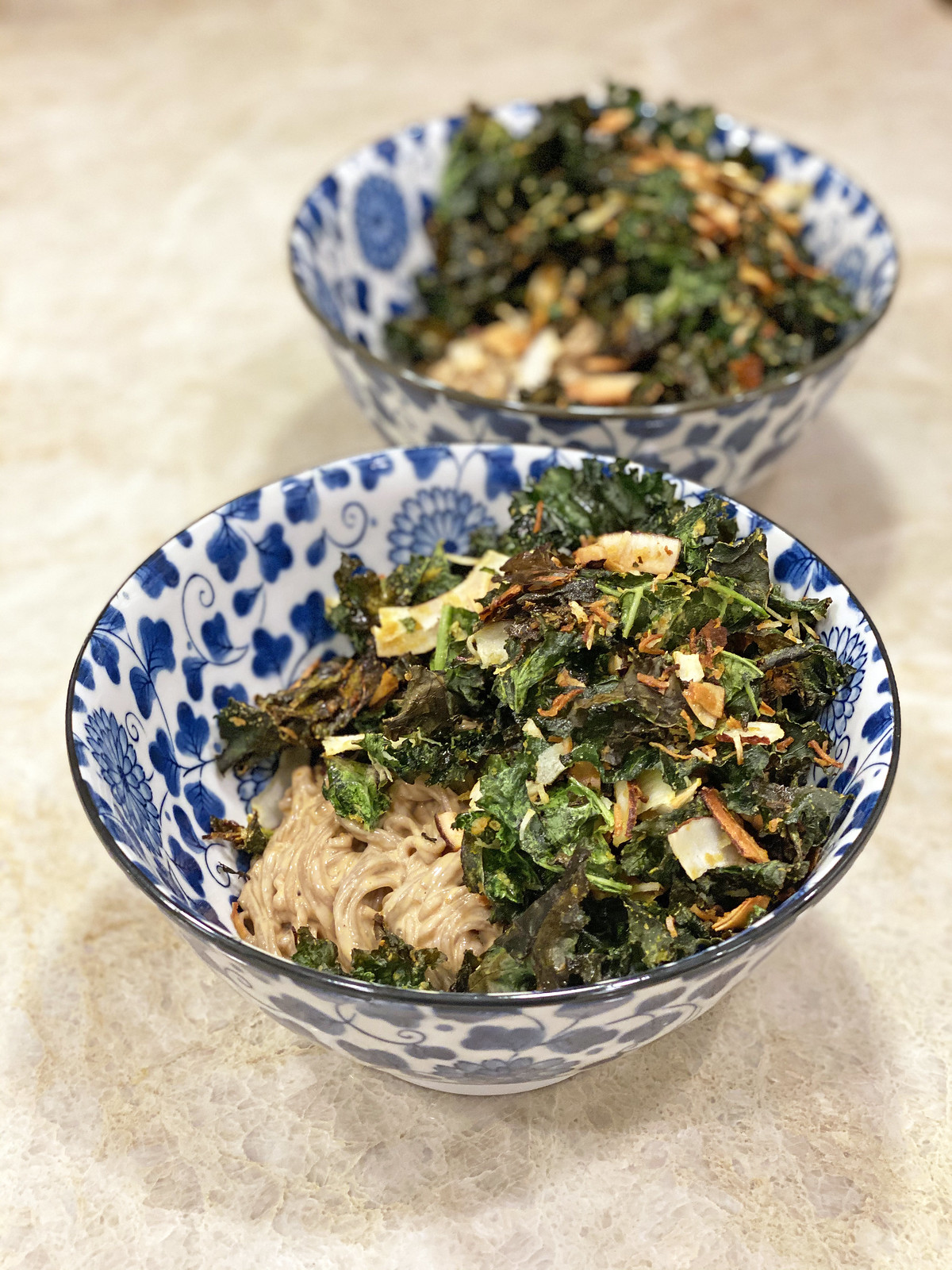 3. Combine tahini, soy sauce, honey, 2 teaspoons sesame oil, 1/2 teaspoon red pepper flakes, and remaining 1/3 cup olive oil in a small bowl. Finely grate zest from lime into bowl; halve lime and squeeze in juice. Whisk dressing until smooth, then pour about half of it over noodles; toss to coat.

4. Add half of kale mixture to noodles and toss to coat. Drizzle in remaining dressing, tossing until noodles are creamy. Pile remaining kale on top.