What’s hot and gold all over? The Grand Palace in Bangkok, although I’m sure there’s a Tehrangeles joke in there somewhere.

After our adventure in Ayutthaya, day three in Thailand was sucked into a black hole of heat exhaustion and a sniffly cold but we were back at it on day four, catching an early water taxi on the Chao Phraya River towards the Grand Palace. This is one of the world’s most visited destinations and boy oh boy did the throngs of tourists make that clear. 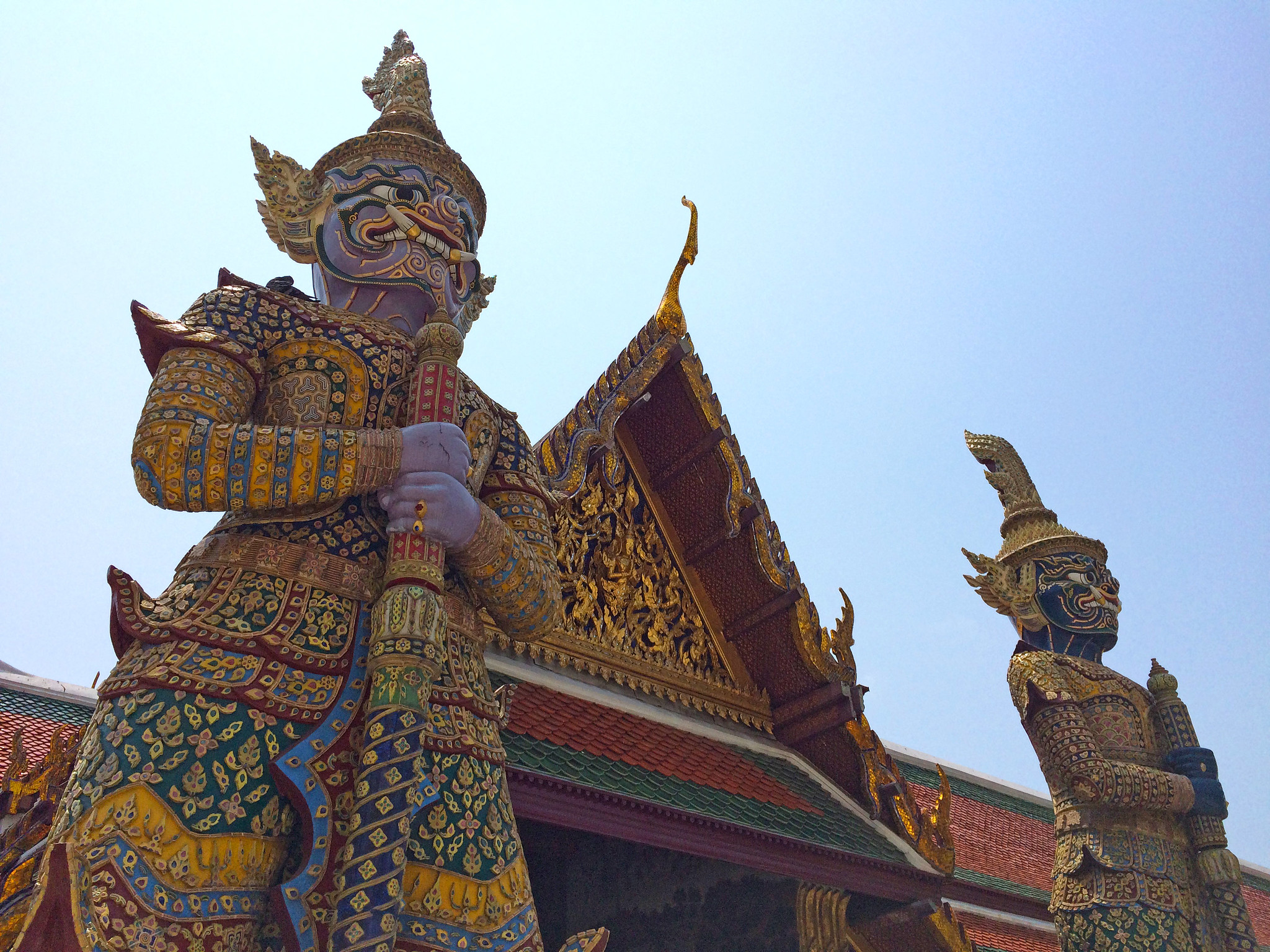 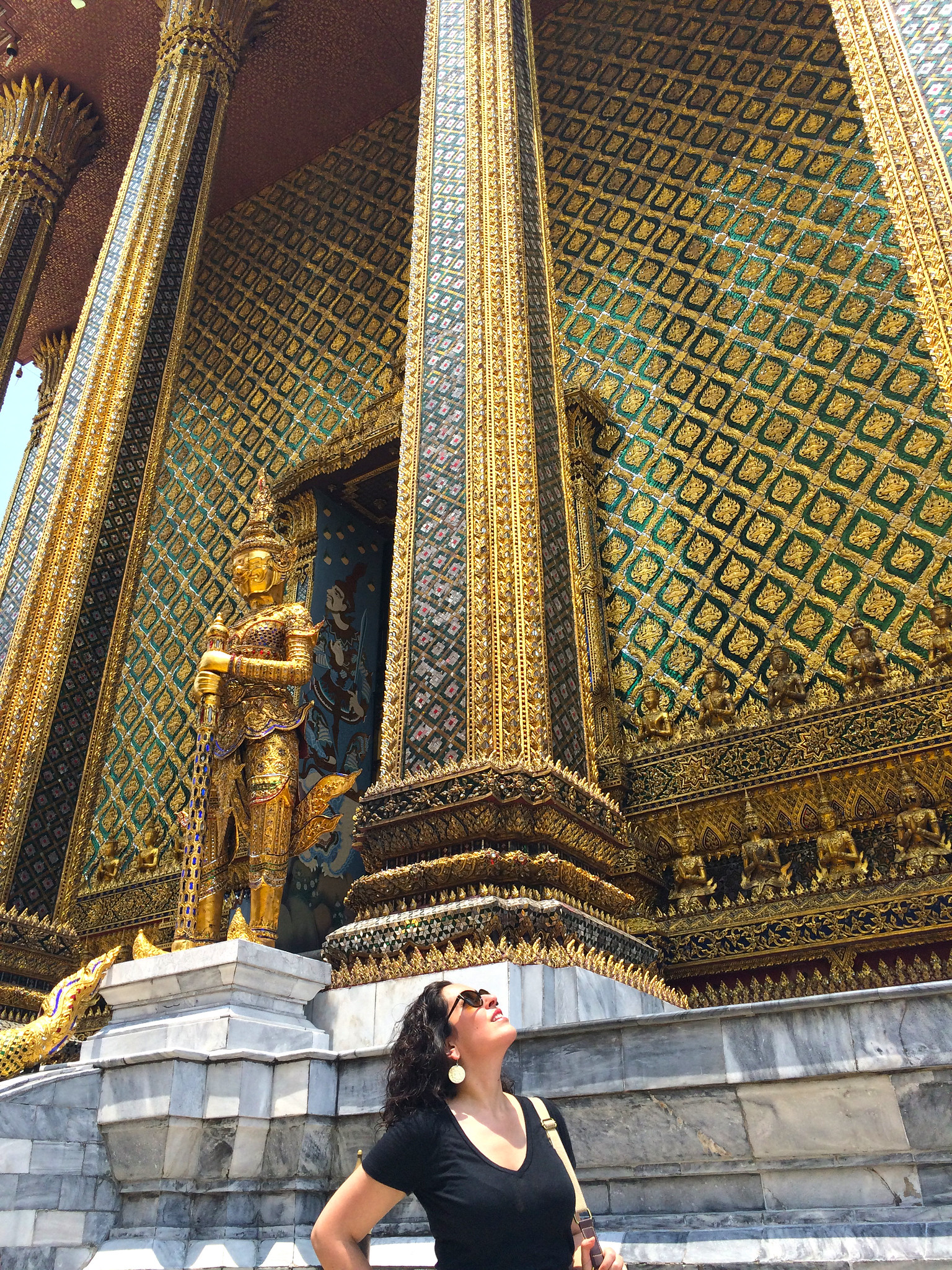 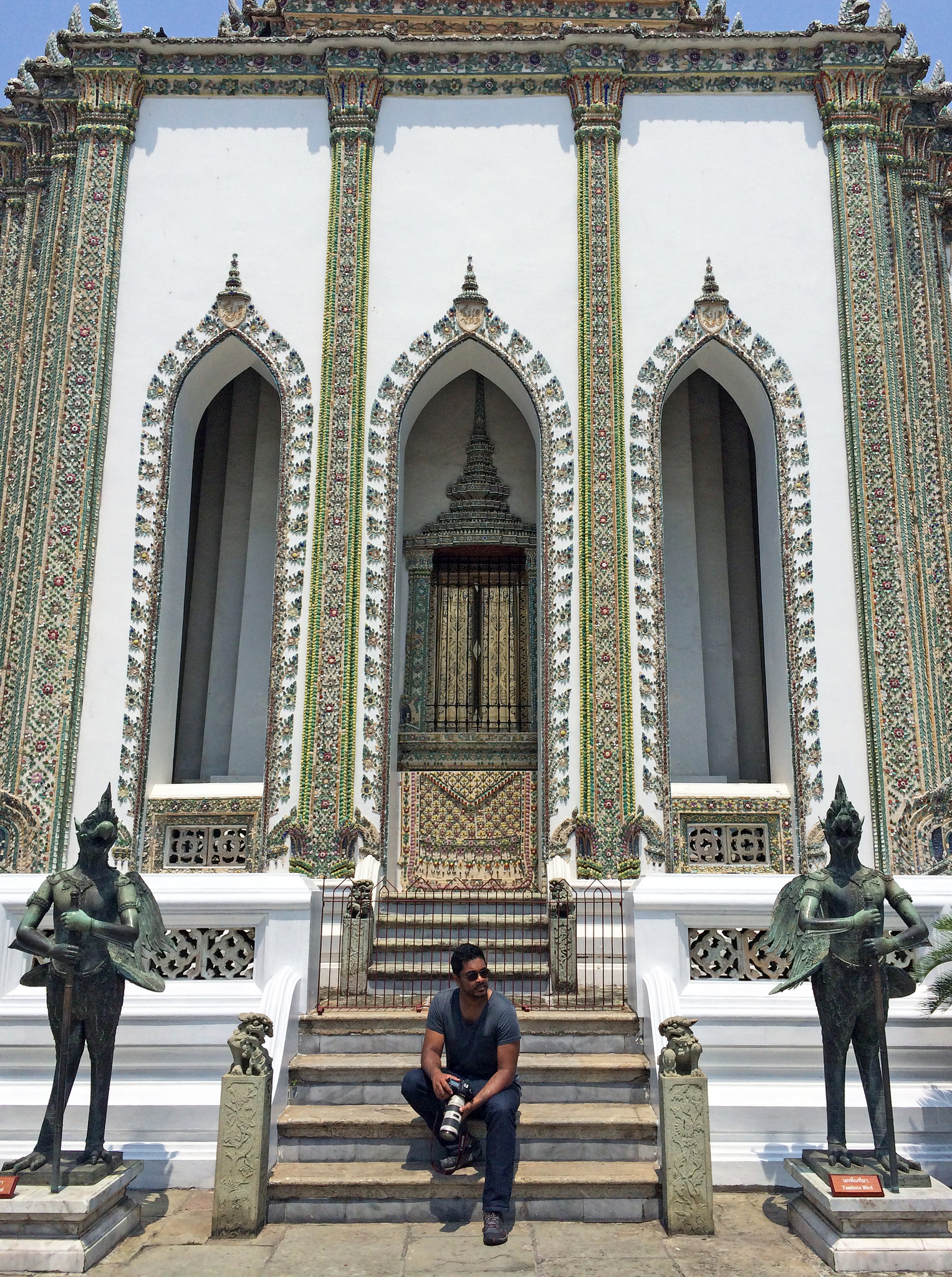 Freshly-squeezed pomegranate juice both quenched our thirst and spoke to the Iranian in me before we headed to nearby Wat Pho. 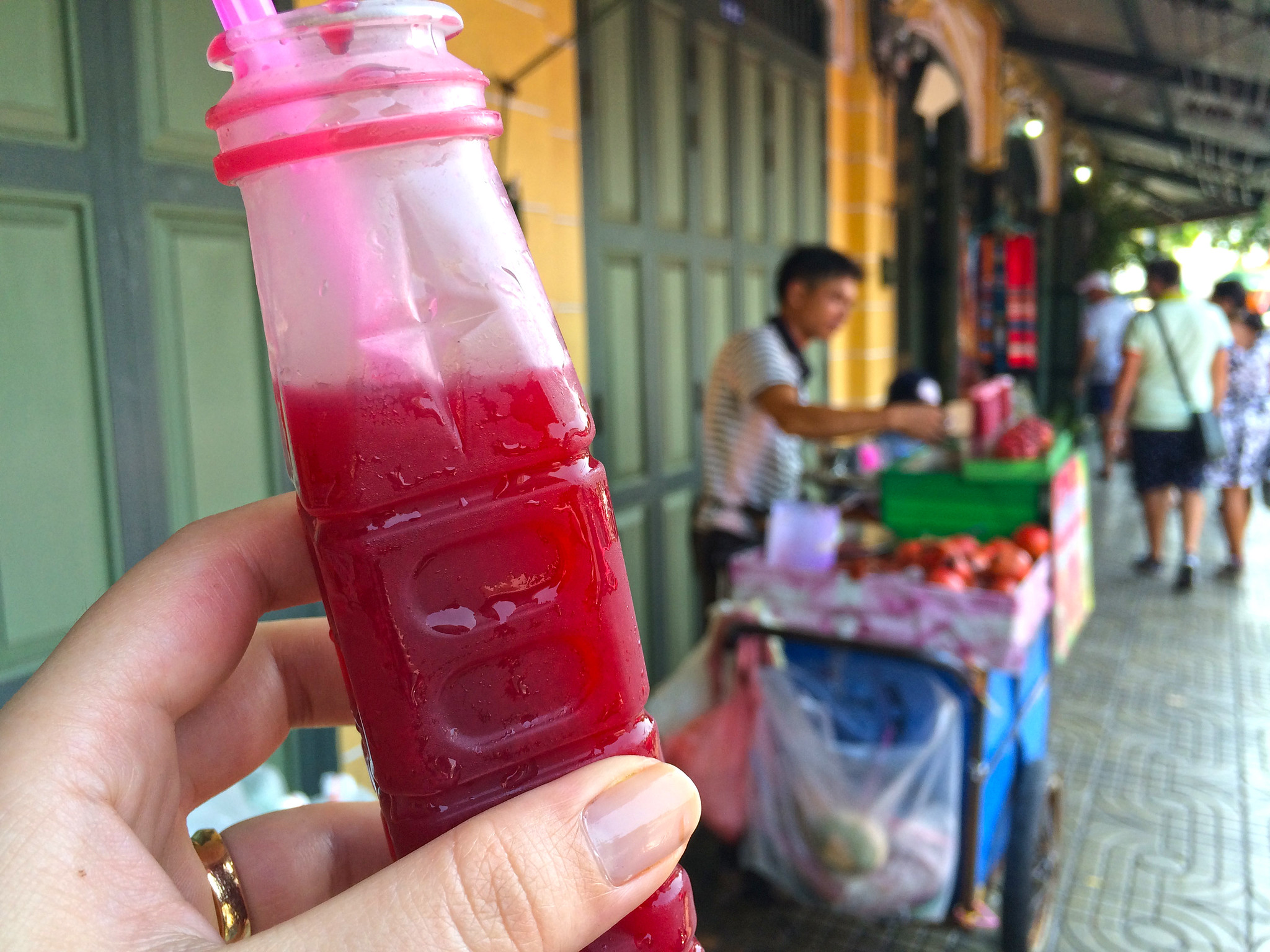 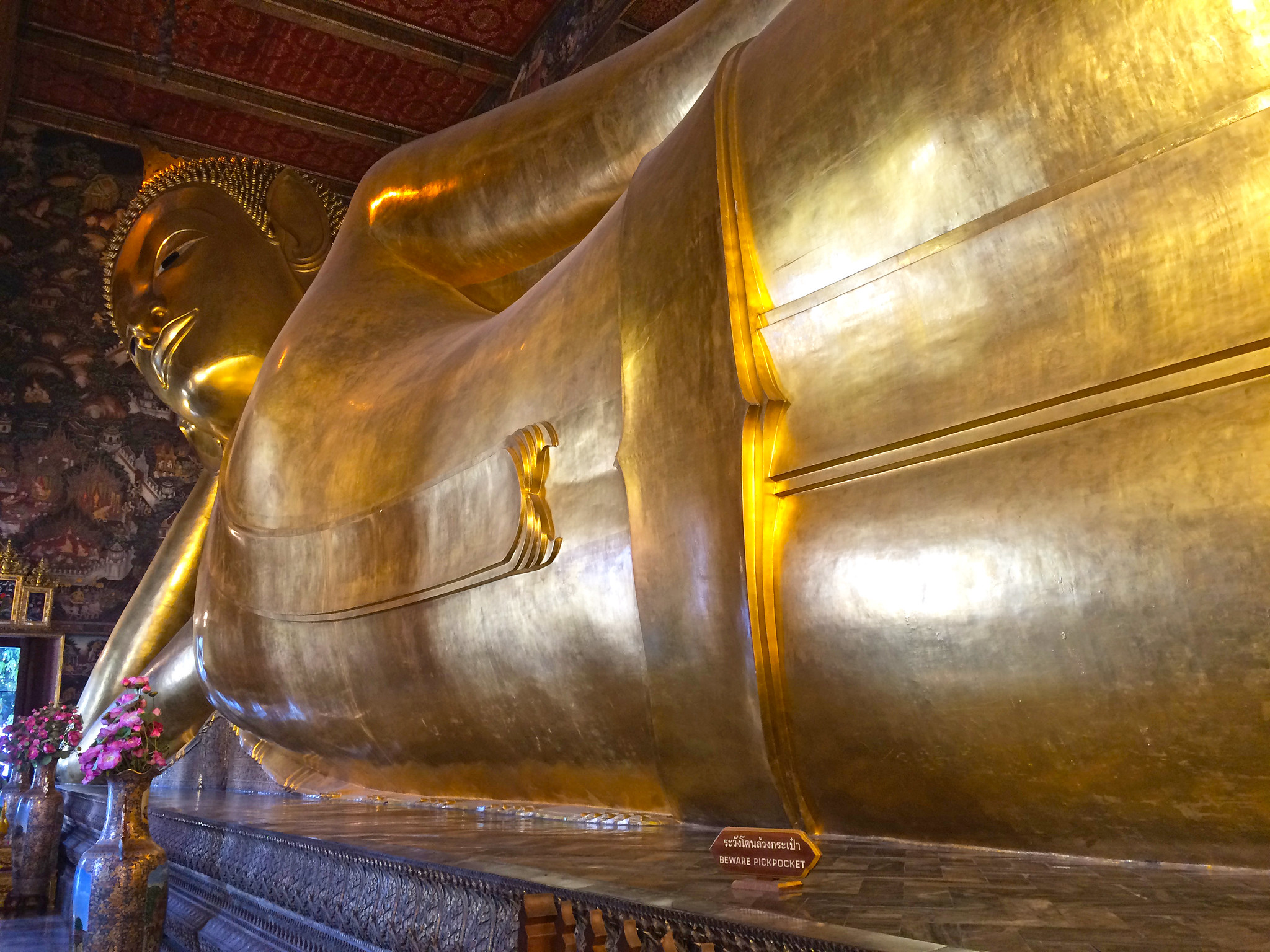 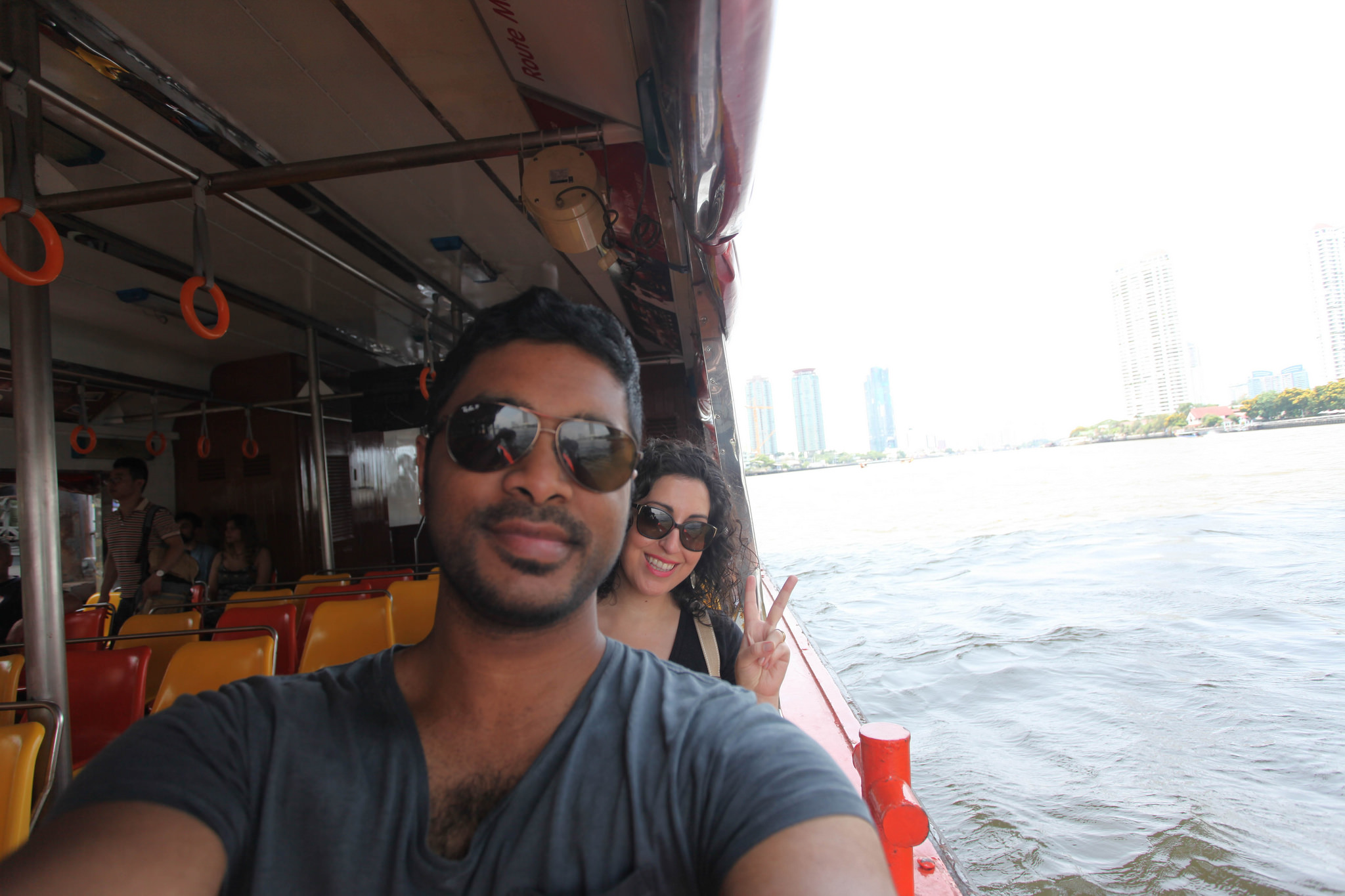 We called it an early evening and the next morning took a flight to Chiang Mai, Thailand’s largest city in the north and near the border with Myanmar. As soon as we settled in to our hotel we were, well, hungry. Nothing a little street side egg, banana, and milk roti wouldn’t fix. 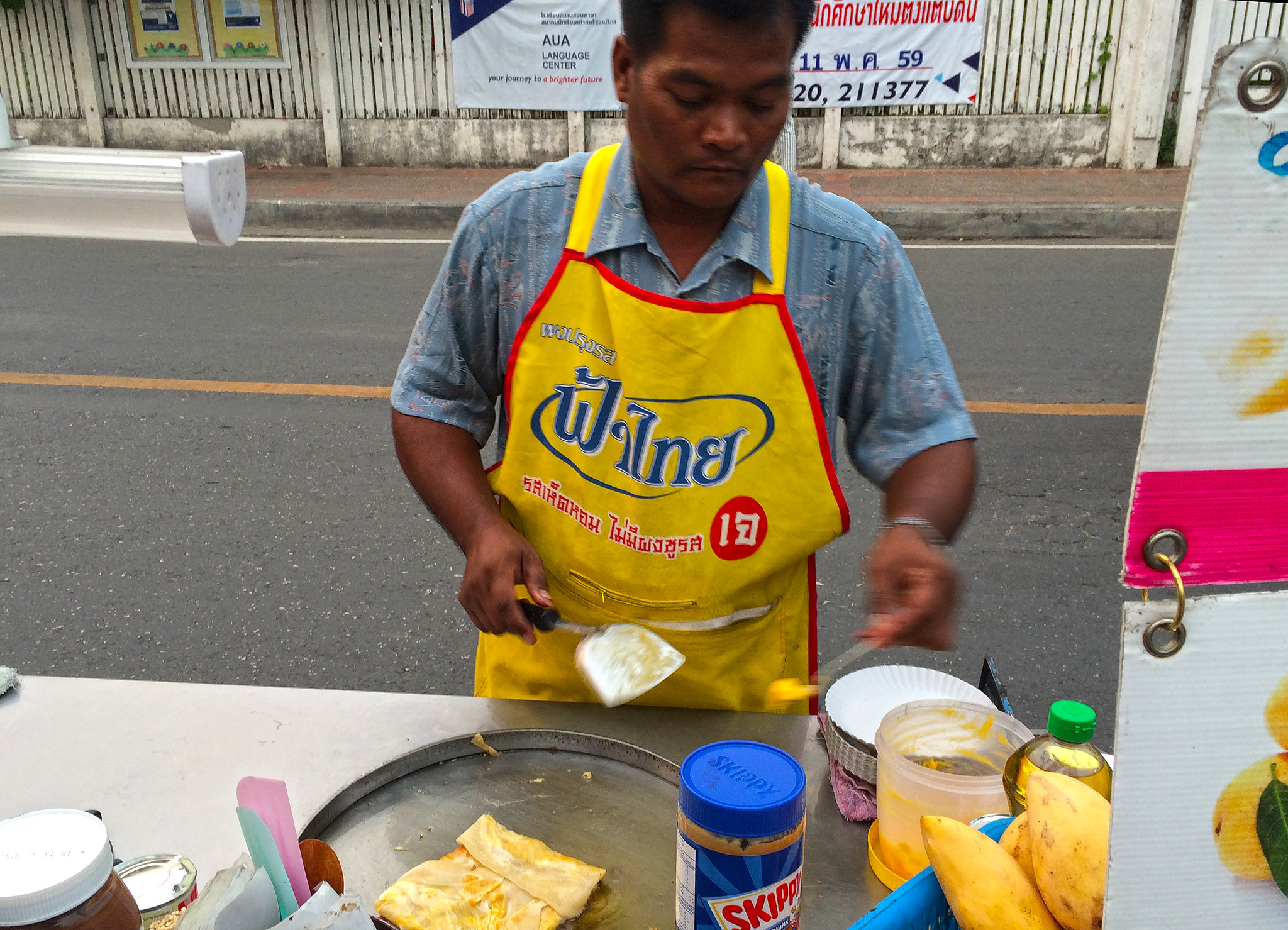 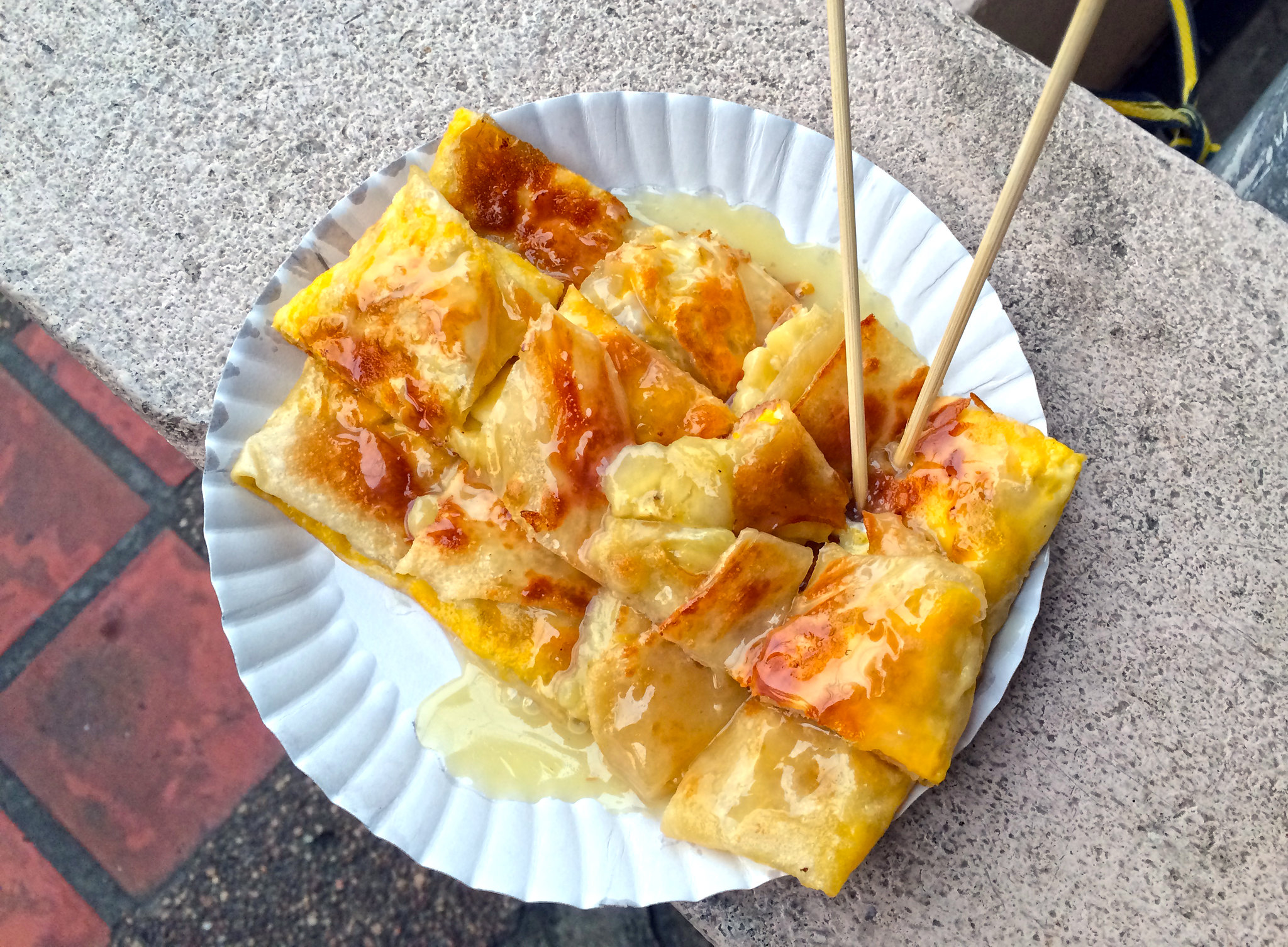 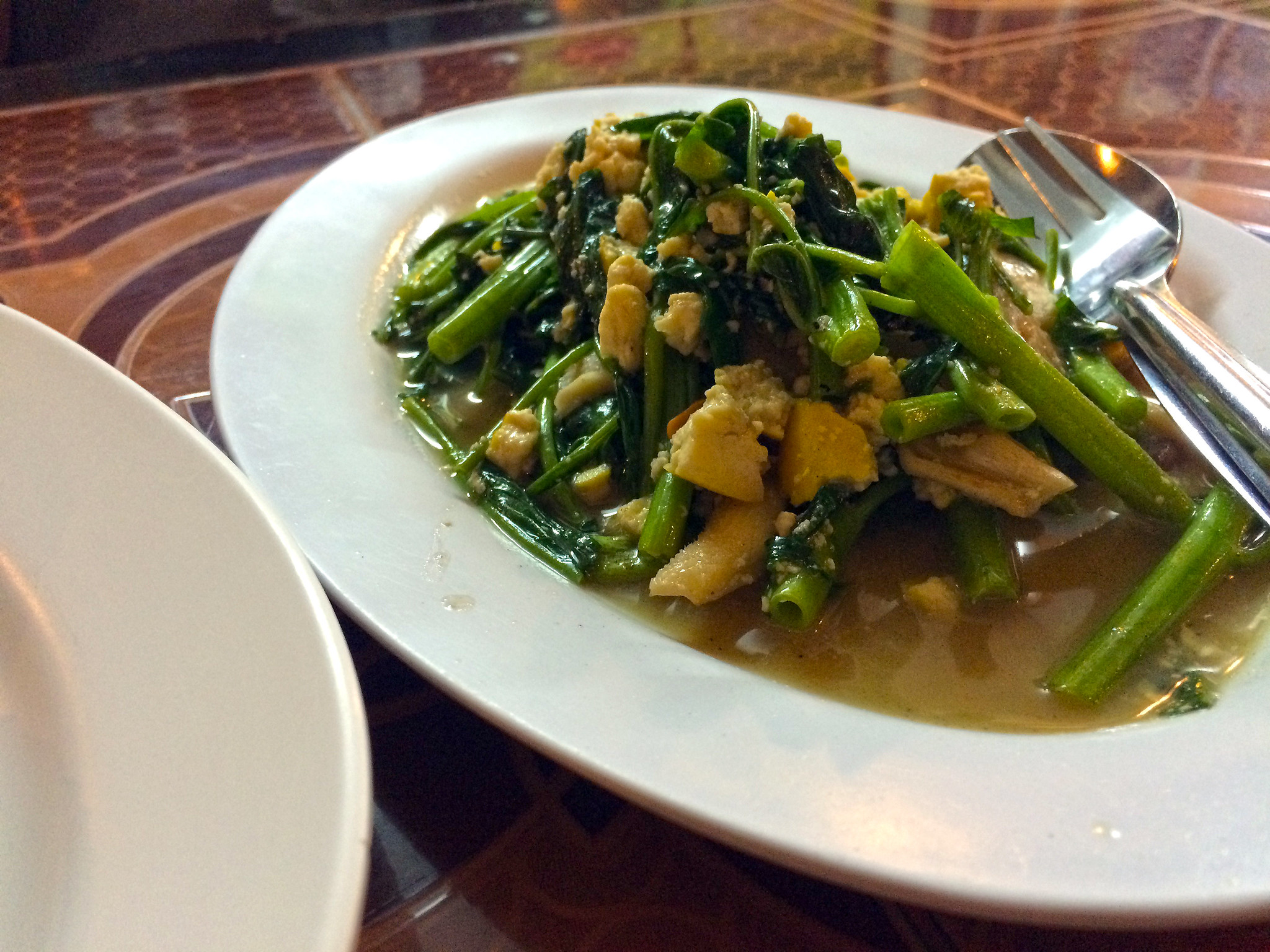 We capped our evening off with a (healthier) meal of stir-fried morning glory with mushrooms and tofu at Aum Vegetarian. Seriously though, I could eat morning glory every day.