About 70 kilometers south of Madrid lies Toledo, a religious center boasting a Christian, Jewish, and Muslim past. History runs deep here and memories of a medieval Arab history are never far away, from the Arabic-origin names of the Alcazar to the gorgeously domed architecture featuring colorful inlaid tiles, Middle Eastern style. 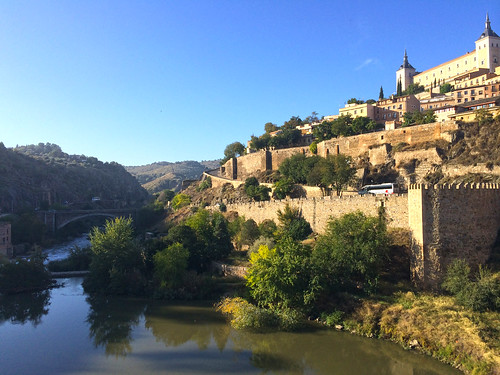 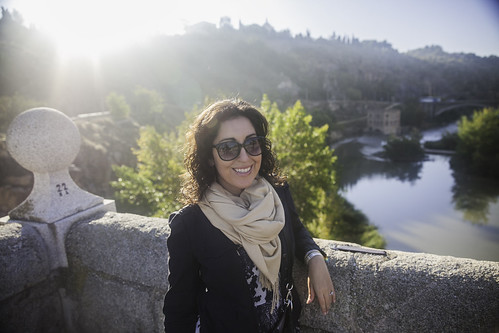 Today, Toledo is a bit of a tourist trap replete with a McDonalds branded choo-choo train that circles the town square in regular intervals, but that didn’t stop us from visiting for the day. After a tourist trap lunch in the tourist trap square, we made our way down the labyrinth of narrow streets and navigated the town above the Rio Tajo to arrive at the Toledo Cathedral. 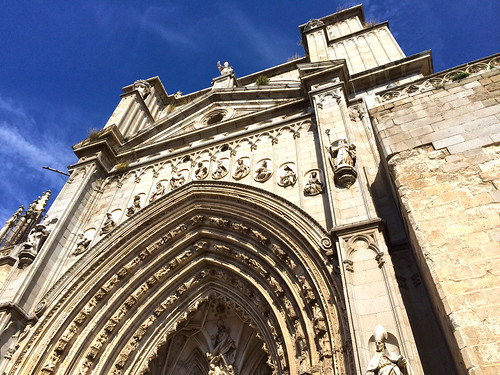 The design is both gothic and Moorish; east and west at the same time. 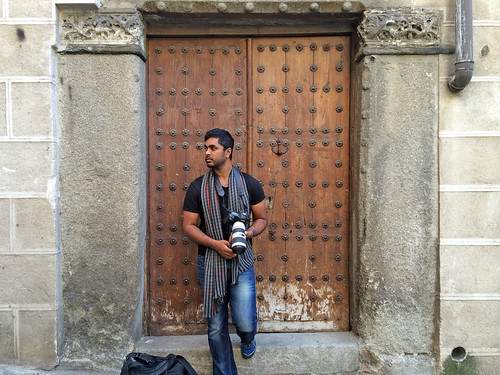 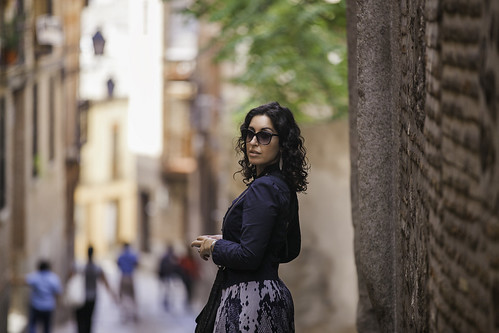 To be completely honest, we enjoyed wandering the streets of Toledo more than we did checking off the city’s landmarks. After a week straight of nonstop sightseeing, we were tired. We found a mom and pop Asian grocer near the train station and stocked up on snacks for our train ride back to Madrid. Toledo was beautiful. I preferred the quiet and narrow side streets to the bustling souvenir shops and ticket queues, though.

We spent the next day in Madrid at the Centro de Arte Reina Sofia, Madrid’s too-cool-for-school modern art museum. Later that evening, I conspired with Sacha, Nishan’s cousin in London to meet us at Txitimiri at Barrio de la Latina for a surprise dinner. Sacha took an evening flight and took a taxi straight to the restaurant. The surprise on Nishan’s face was worth every bit of covert planning. Ladies and gentlemen, Anthony Bourdain’s doppleganger exists, and his name is Sacha. 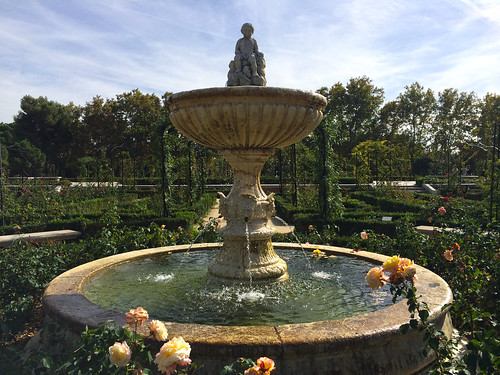 After a late night out, Nishan and I spent our last day in Madrid taking it easy at Buen Retiro Park, which is sort of like Madrid’s answer to Central Park, complete with a lake, a rose garden, and sculptures galore. 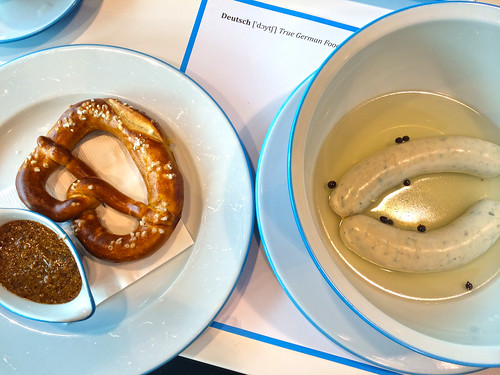 Even after leaving Spain, we managed to get one last travel meal in on our way back to SFO. A lunch of weisswurst and pretzel at Deutch in Frankfurt kept me happy during the flight back. We returned feeling like we’d hardly scratched the surface of Spain and with hopes that we’d return someday. Perhaps next time we’ll visit San Sebastian or Andalucia. Who knows?